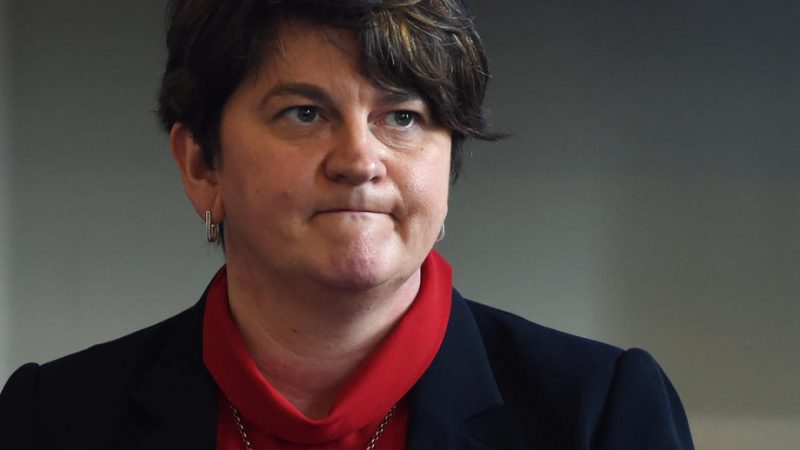 “One of the biggest obstacles to being a woman in public life today is the constant social media trolling,” said Foster. [EPA-EFE/FACUNDO ARRIZABALAGA]

Former DUP leader Arlene Foster has hit out at US giants Twitter, Facebook and Google for “washing their hands” of the “lynch mobs” harassing women in public roles online.

“One of the biggest obstacles to being a woman in public life today is the constant social media trolling,” Foster told a live-streamed discussion entitled “Reflections on Female Leadership”.

“What is not acceptable is for people around the table to mark out an opponent and then enlist the services of an anonymous online lynch mob to systematically target and harass women about their relationship status, their children, their partner, their appearance and the list goes on,” she added, Irish broadcaster RTE reported.

Giving a possible hint to her future after recently leaving the DUP, Foster said that “many people ask me what’s next for Arlene Foster, and I’m frankly not that sure at the moment. But with every fibre in my being, I will work to ensure the obstacles to women in public life are removed by the roots.”

This comes after the Irish parliament last week proposed legislation to establish a media commission focusing on the regulation of online abuse towards female journalists and politicians. (Paula Kenny | EURACTIV.com)