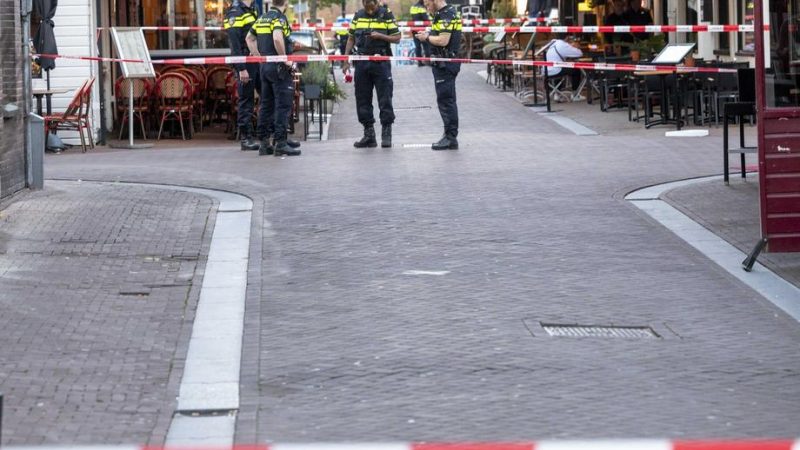 De Vries, 64, is a celebrity in the Netherlands, as both a frequent commentator on television crime programs and an expert crime reporter with sources in both law enforcement and the underworld. [EPA-EFE/EVERT ELZINGA]

Dutch crime reporter Peter R. de Vries, known for his work in exposing the criminal underworld, has been left fighting for his life after being shot on an Amsterdam street, officials said on Tuesday.

De Vries, 64, is a celebrity in the Netherlands, as both a frequent commentator on television crime programs and an expert crime reporter with sources in both law enforcement and the underworld.

Dutch broadcaster RTL said De Vries had just left its studio in downtown Amsterdam when one of five shots hit him in the head.

Three suspects were detained, including the possible shooter, police said. They declined to provide any details.

“He was seriously wounded and is fighting for his life,” Amsterdam Mayor Femke Halsema said in a televised news conference. “He is a national hero to us all. A rare, courageous journalist who tirelessly sought justice.”

Police cordoned off the area of the shooting near the downtown Leidseplein square. They were collecting video footage, witness statements and forensic evidence.

Dutch Prime Minister Mark Rutte called the attack “shocking and incomprehensible. It was an attack on a courageous journalist and also an attack on the free press that is so critical to our democracy.”