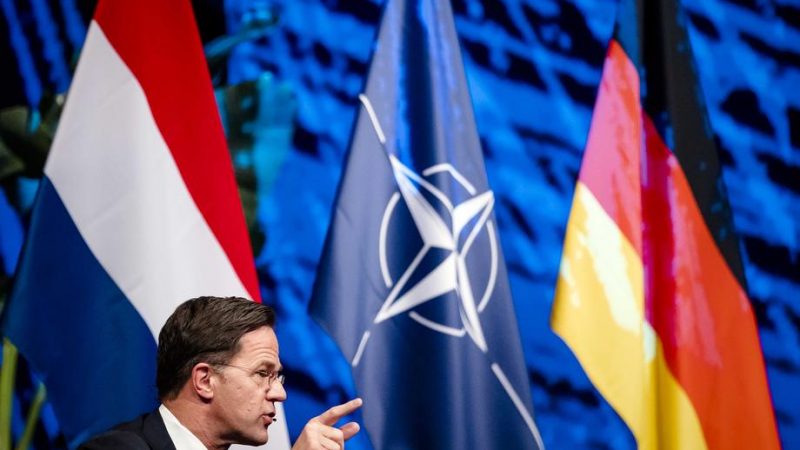 Rutte stressed that unity was of more importance than the military reinforcement to the Eastern border region or the additional supply of weapons for Ukraine. [EPA-EFE/SEM VAN DER WAL]

The most important agreement at the NATO summit should be preserved unity among member states, says Dutch Prime Minister Mark Rutte.

Rutte stressed that unity was of more importance than the military reinforcement to the Eastern border region or the additional supply of weapons for Ukraine.

“The most important thing was the attitude everyone had there,” Rutte said after the NATO summit on Thursday. “We have to guard and maintain unity with each other, and you notice that everyone wants that.”

The central agreement was that NATO is to continue applying pressure on Russia, offer more support for Ukraine, and to increase reinforcement in the Eastern border region.

The Netherlands is in talks with France, who want to take command in Romania, over sending Dutch troops to Romania.

The Dutch government has already placed soldiers in Lithuania and sent F-35 and F-16 fighter jets to supervise the Eastern flank of the NATO treaty area.

NATO must “press on with sanctions” against Russia and “provide Ukraine with military support where we can and humanitarian aid,” Rutte said.