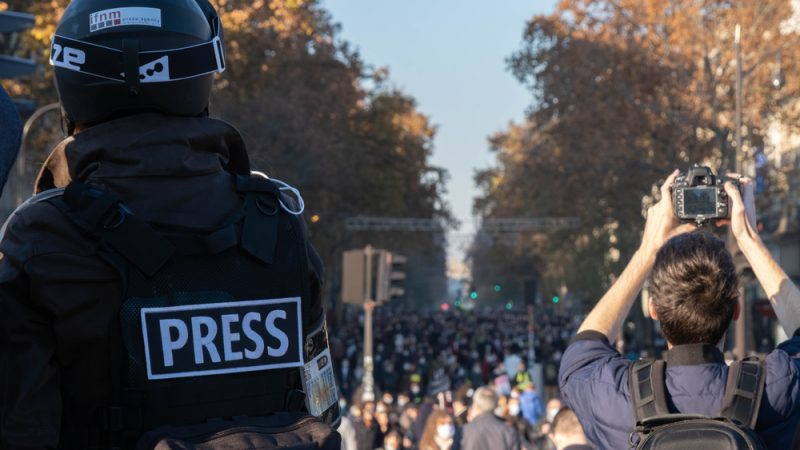 The Netherlands ranked 28th, scored 77.93 out of 100 points and earned the “satisfactory” label in this year’s Press Freedom Index.  [Shutterstock/Mr TACT HILL]

Press freedom in the Netherlands dropped significantly compared to last year due to attacks on the press, according to Reporters Without Borders’ Press Freedom Index, which lowered the country’s ranking from sixth to 28th.

The Netherlands ranked 28th, scored 77.93 out of 100 points and earned the “satisfactory” label in this year’s Press Freedom Index.

“Polarisation of public opinion regarding COVID restrictions and immigration has led to an increase in verbal and physical aggression against journalists, especially photo and camera crews,” the website stated.

“A consequence has sometimes been self-censorship and reluctance to tackle certain subjects. Abuse and trolling on social media inhibit newsgathering and publication,” it adds.

Peter R de Vries, a Dutch crime reporter who was assassinated in Amsterdam in July 2021, was also mentioned in the report, the NL Times reported.

Over the last year, the Netherlands has seen a lot of aggression toward the press. In addition to de Vries, a journalist in Groningen was delivered a firebomb, while many others were attacked or targeted by moving cars, Dutch News reported.