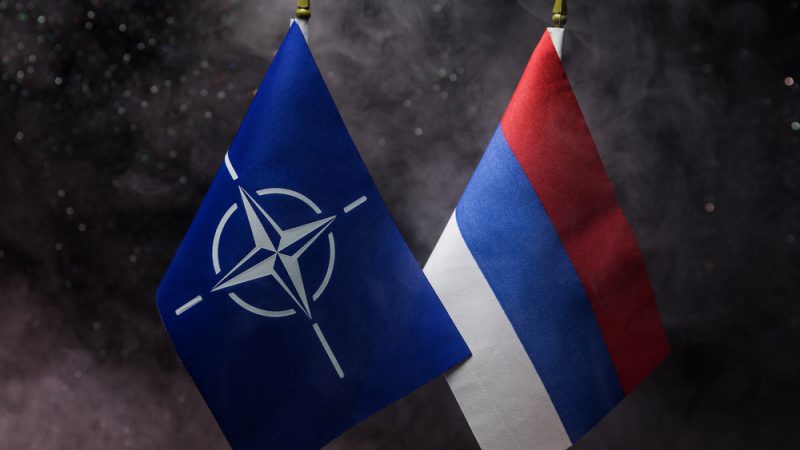 The leaders remarked that NATO is facing distinct threats and challenges emanating from all strategic directions. [Shutterstock/zef art]

Leaders of the Bucharest Nine (B9) group condemned acts of sabotage committed by Russia on the NATO territory and expressed their view that the Atlantic alliance members must address the security implications of China’s global rise together.

The leaders of the B9 group including NATO’s eastern flank countries – Poland, Romania, Lithuania, Latvia, Estonia, Hungary, Slovakia, the Czech Republic and Bulgaria – met virtually on Monday, for the Bucharest 9 summit for consultation and dialogue, together with the US President Joe Biden and Jens Stoltenberg, the NATO Secretary General.

The leaders remarked that NATO is facing distinct threats and challenges emanating from all strategic directions. They noted Russia’s aggressive actions and military build-up in the immediate vicinity of NATO, as well as its aggressive hybrid activities.

“We condemn Russia’s acts of sabotage on Alliance territory as evidenced in the explosions of the ammunition depot in 2014 in Vrbětice, in the Czech Republic, that constitute a grave violation of international law. In addition, we express concern over reports of a similar pattern of behaviour on the territory of Bulgaria, as evidenced by the announcement on the ongoing investigation in Sofia,” the joint declaration reads.

“Terrorism remains a threat to us all. Hybrid warfare, disinformation and deceit aim at sowing distrust in our societies, with the ultimate goal of affecting the very pillars of our democracies and undermining our unity. Instability beyond our borders is also contributing to irregular migration. We remain vigilant, within the Alliance, to ensure that Afghanistan will not again become a safe haven for terrorists,” it added.

Leaders also pointed out that the global rise of China “has implications on Euro-Atlantic security and we have to address them together, as an Alliance”.

All nine countries in the Bucharest 9 platform are EU member states and they support a strategic partnership and deeper coordination between NATO and the EU. “In this regard, we will seek the combined potential of the two organisations, including to increase Euro-Atlantic resilience, counter hybrid threats, improve cybersecurity and achieve greater synergy of actions.” (Joanna Jakubowska | EURACTIV.pl;  Bogdan Neagu | EURACTIV.ro)