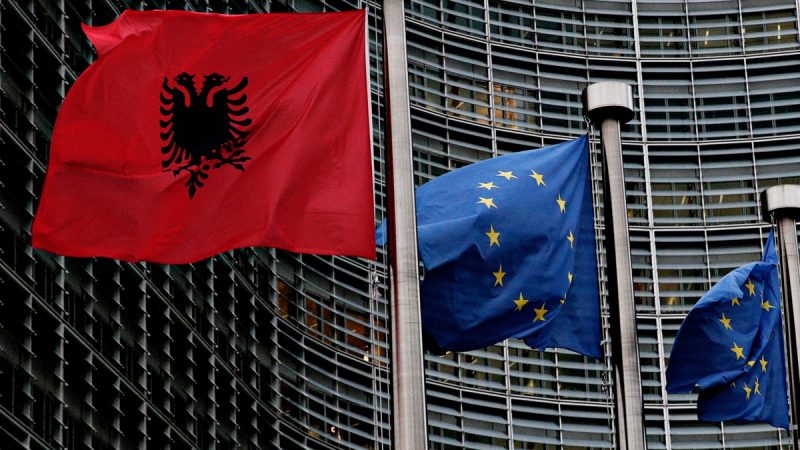 Albania has delivered “tangible and sustainable results” in reforms towards integration in the European Union. [Shutterstock / Alexandros Michailidis]

Albania has delivered “tangible and sustainable results” in reforms towards integration in the European Union, the European Commission (EC)’s annual report has found, and it has met all conditions to start accession negotiations.

On Monday, European Commissioner for Enlargement Oliver Varhelyi presented the European Parliament with Albania’s progress report and those of other EU candidate countries. Reports on Albania and North Macedonia stress the countries’ readiness to sit in accession talks with the EU.

Albania was criticised for making no progress in defending press freedom, but was encouraged to continue advancing reforms in the justice system, the fight against corruption and organised crime, and public administration.

The report commended the administration of the general elections in April 2021 and asked political parties to engage in dialogue regarding issues concerning European integration.

It also asked for consolidation of the territorial administrative reform and decentralisation of decision-making at the local level to empower municipalities with more fiscal autonomy.

The government has made “limited progress” on an enabling environment for civil society, and the country is “moderately prepared” with the reform in public administration.

“There was no progress” over the reporting period regarding freedom of expression in Albania. The situation with verbal attacks, smear campaigns and acts of intimidation against journalists did not improve.

“Tensions between political actors and journalists have increased during the COVID-19 crisis and in the context of the parliamentary elections. The reported attacks against journalists have not resulted in any final convictions.”

The report urges the government to provide for the self-regulation of online media, and for any related law to be in line with the Venice Commission recommendations and to be consulted with media organizations.