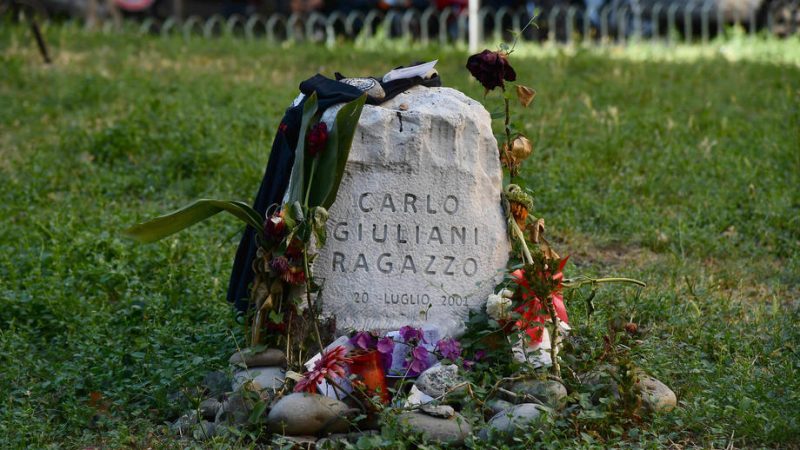 The decision of the Court – which had deliberated the matter on 24 June – was announced on Saturday 17 July. The agents appealed to the ECHR, claiming their trial was unfair. [EPA-EFE/LUCA ZENNARO]

Twenty years after the G8 in Genoa that was marred by police violence against demonstrators and the death of 23-year-old Carlo Giuliani – the European Court of Human Rights (ECHR) has judged “inadmissible” the appeals presented by some policemen convicted of the police raid and violence in the Diaz school where the demonstrators slept.

The decision of the Court was announced on Saturday. The agents appealed to the ECHR, claiming their trial was unfair.

“In the light of all the evidence at its disposal, the court considers that the facts presented reveal no appearance of a violation of the rights and freedoms set forth in the convention or its protocols”,” the ruling states. The accusations levelled against the Italian state “are manifestly unfounded” and the appeal is “inadmissible,” it added.

In July 2012, the Italian Court of Cassation confirmed the convictions of 25 members of the police, including managers and agents for the raid on the Diaz school, holding them responsible for the beatings of people who were inside the school. In the raid which was carried out on suspicion that the institute was a “black bloc” den, police injured  60 people and arrested about 90, of whom all were later acquitted of all charges.