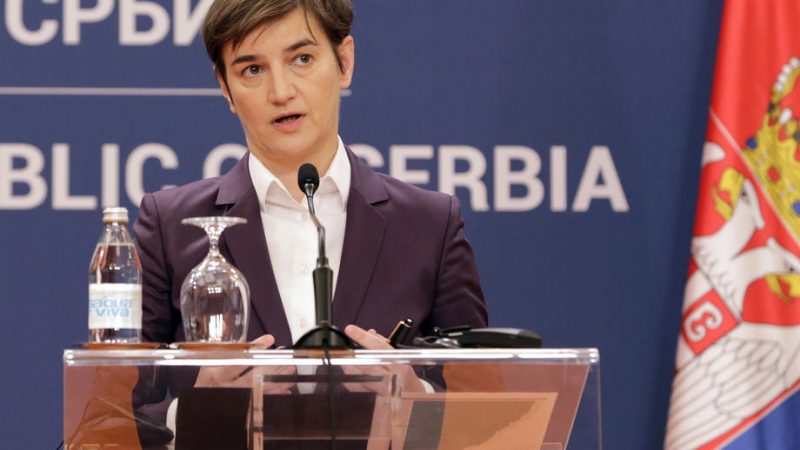 Brnabić said that the fulfilling of recommendations had already begun. [EPA-EFE/ANDREJ CUKIC]

Several thousand citizens took part in a rally on Saturday in the Serbian capital dubbed The Eco Uprising, organised by  Defend the Rivers of Stara (Old) Planina group, named after the Balkan Mountain that runs partly through south-east Serbia.

The protesters requested a moratorium on the construction of small hydroelectric power plants and the destruction of Serbian woodland and called for dynamic forestation instead.

They demanded respect for the constitution and laws, as well as the right to live in a healthy environment, and requested that those responsible for “harmful acts and the failure to act” be dismissed. Also, they called for a two-hour show on national television on the status of the environment in Serbia.

Serbian Prime Minister Ana Brnabić described the rally as “an example of non-compliance and irresponsibility,” because most of the protesters did not wear face masks.