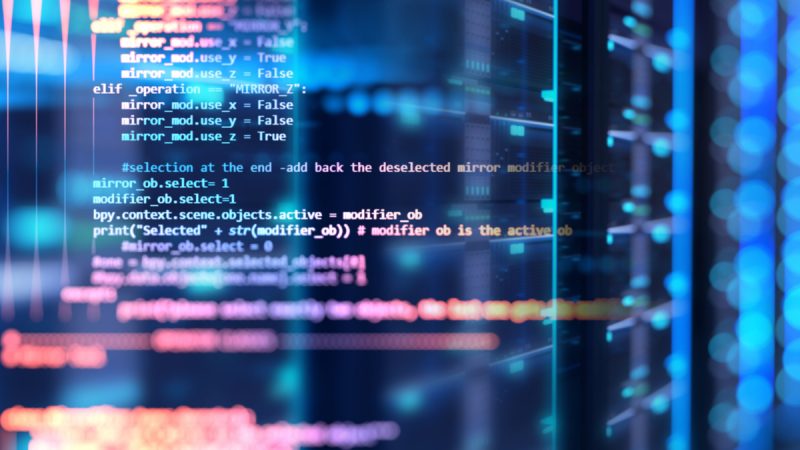 Mr Moore concluded: “All of this requires insights from data, the tools to manipulate data and, most important, the talent to turn complex data into human insight.” [Shutterstock / whiteMocca]

“We are living through an era of dramatic change in the security landscape.”

Doh, tell us something we do not know, you might say. But think again, this time knowing that the author of the first sentence is Richard Moore, the chief of MI6, Her Majesty’s external intelligence agency. Whose internal name is ‘C’, from ‘Chief’, not ‘M’, like in James Bond movies.

Now it takes on more significance, I presume. In his first major public speech, delivered on 30 November, ‘C’ named four main threats for the UK: China, Russia, Iran, terrorism – all connected with possibly the most significant threat, technology.

Simply put, adversaries are pouring money into artificial intelligence (AI, as a metonym for technological progress) “because they know that mastering these technologies will give them leverage”.

Moore concluded: “All of this requires insights from data, the tools to manipulate data and, most important, the talent to turn complex data into human insight.”

Almost simultaneously, FIIA (the Finish Institute for Internal Affairs) wrote that “technology is taking centre stage in power politics. In particular, the ability to refine and utilise data increasingly correlates with the transforming global distribution of power.”

Eight years ago, Chinese President Xi Jinping said: “The vast ocean of data, just like oil resources during industrialisation, contains immense productive power and opportunities. Whoever controls big data technologies will control the resources for development and have the upper hand.” And he has been working on it since.

‘C’ has an idea for how to move forward in this data battle, calling for help from private companies.

“Unlike Q in the Bond movies, we cannot do it all in-house”, he admits and defines a new policy paradox: We must become more open in order to stay secret.

China already has all companies under one command, even foreign – Chinese data must stay in China and be accessible by the state. Beijing now demands control over whether they can send it to their own headquarters.

China’s Communist rulers have understood that the data-centric approach is the core element in the ongoing geopolitical competition as “an essential and integral part of the [national security] mission itself” (FIIA).

The EU does not have a major cloud service provider owned by EU-based entities, and this poses an enormous threat to small member states.

Meanwhile, the US and EU are fighting over privacy rules for American tech giants. It is worth fighting, regulation is needed, but it does not take into account a wider geopolitical picture, that of China’s dominance. The same in the economy.

Do you remember TTIP (Transatlantic Trade and Investment Partnership), which was supposed to give us a stronger market – including for data – than the Chinese one?

Henry Kissinger defined precisely that in AI, unlike with nukes, which guarantee mutual destruction, there could be a winner. If the West does not comply with the doctrine of ‘data-centricity’ and cooperate, it will be China.