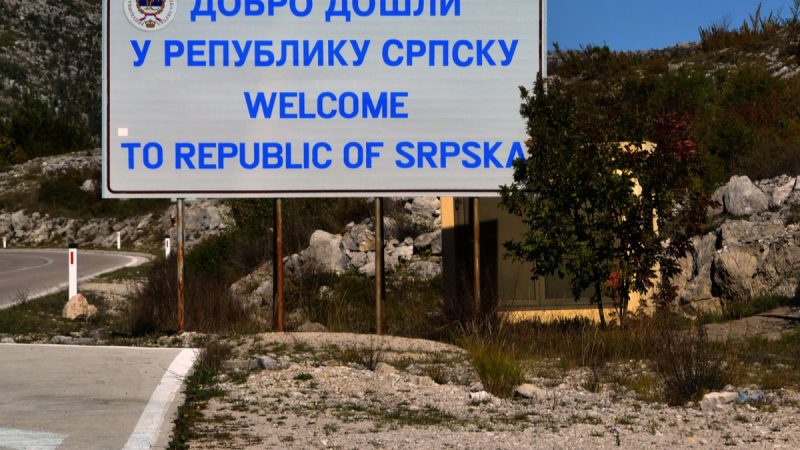 The National Assembly of Republika Srpska (RS, the Serb entity of Bosnia-Herzegovina) has withdrawn its consent to the BiH state-level laws governing defence and security, indirect taxation and the judiciary. [Shutterstock / SariMe]

The National Assembly of Republika Srpska (RS, the Serb entity of Bosnia-Herzegovina) has withdrawn its consent to the BiH state-level laws governing defence and security, indirect taxation and the judiciary.  The assembly said the RS government should propose laws to regulate these matters at the entity level within six months.

The move plunged the country into probably the most severe crisis since the Dayton peace agreement ended the war among Bosniaks, Croats and Serbs in 1995.

The proposal, which has no direct legal effect, was carried by 49 votes in favour out of the total of 83 MPs. The biggest opposition parties did not attend the voting, but many were likely to vote against it anyway.

There is no doubt that Milorad Dodik – the Serb representative in BiH’s tripartite presidency and the most vocal champion of RS’s secession –  will not form a Serb army capable of starting the war because of the lack of money. The war would damage his business interests, and his patrons do not want conflict.

The real and present threat this represents is the attempt by RS to take over sources of financing. The IMF was particularly concerned about the potential withdrawal of the RS entity from the Indirect Taxation Authority of BiH.

It should also be noticed that RS opposition shares Dodik’s vision. Mirko Šarović, leader of the Serb Democratic Party, founded by war criminal Radovan Karadžić), said it was legitimate to demand back powers but not reasonable to risk a conflict with NATO.

The RS political infighting is, therefore, about power and not about principles, and Dodik is the one managing the dynamics.

Serbian President Aleksandar Vučić, as one of the patrons, can use his problem of mass protests in Serbia against lithium mining as an excuse to stay away and not interfere in RS internal issues.

As the other patron, Russia is undoubtedly behind Dodik, even administering his moves. At a time when negotiations about Ukraine are entering the crucial stage, Vladimir Putin could use BiH as a bargaining chip and show the West he can destabilise the Western Balkans whenever he wants, without using gas.

Putin’s strategy is for non-EU members in the region to stay outside the bloc. Serbia is constrained by energy, Montenegro by the Orthodox church, and Dodik, or whoever succeeds him, is constraining BiH.

For North Macedonia, we can imagine that Moscow would use its still strong links with Sofia to encourage Bulgarian politics to block Skopje’s EU accession talks (if they even needed encouragement). That would also work for EU members who do not want new association negotiations to start.

In Albania, the Russians have little influence but the US, who are believed by many to rule the roost there, are pushing for EU accession daily, often glossing over glaring issues with the rule of law and democracy.

Stabilocracy was a feature of US and EU politics in the region, but it was wrong. It created autocracies and opened the door to external influences.

After so many young and educated people left the region, is there still room for democratisation, scandinavisation of the Western Balkans? This author is sceptical.