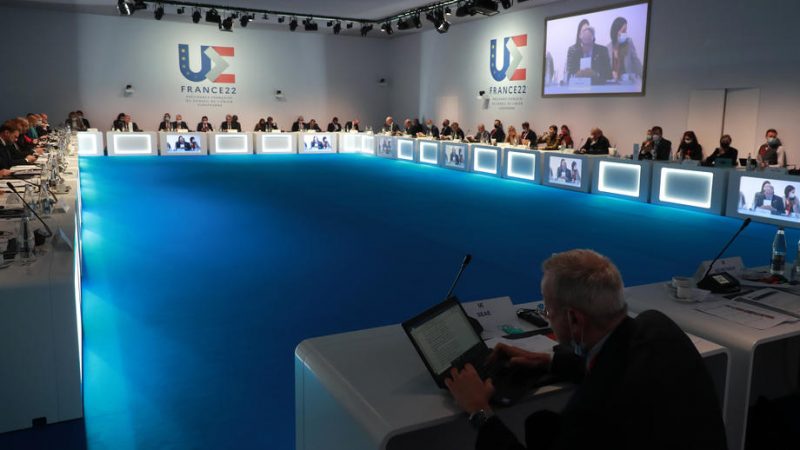 It was expected that France would make a point of ensuring French would be the language of honour for the next six months. But non-French speakers in Brussels and beyond are taken aback by just how French it has turned out to be.

On Thursday (13 January), a far-right candidate for the French presidential election, Eric Zemmour, told BFMTV he would force all French officials in the EU to demand meetings are only conducted in French if he were to be elected.

With EU working groups for the preparation of ministerial meetings primarily running in French, in several cases without translators, and non-papers and other documents being distributed mainly in French, according to EU officials, he might get his wish – at least for the next six months.

“It’s really fun to hear from my colleagues that literally everyone is complaining about working groups being in French – ‘Monsieur le President, mes experts ne parlent pas français!’,” another EU diplomat added.

“We learned English for a reason,” a disconcerted South-Eastern European official told EURACTIV recently when speaking about how working modalities are increasingly becoming impacted by this issue.

The French seaside town of Brest has seen a double meeting of EU foreign and defence ministers this week, the first informal ministerial meeting organised by France this year.

Participants were pleasantly surprised to see that the French commitment went far beyond the Brussels discussions and applies to communication with foreign press present from the EU’s 27 largely not-officially French-speaking member states.

In addition, last-minute travel logistics and agenda changes, as well as unclear COVID-19 restrictions on the site of the meeting venue, made some EU officials confide they have “never seen something like this before” in the organisation of a presidency.

A presidency lasts six months, but let us hope that this was only a glitch and not the rule since it is safe to assume that the French diplomacy, usually having an excellent reputation, does not want to go down in the history of rotating EU presidencies in this way.