Egyptian President warns about Turkey and ‘wave of jihadists’ 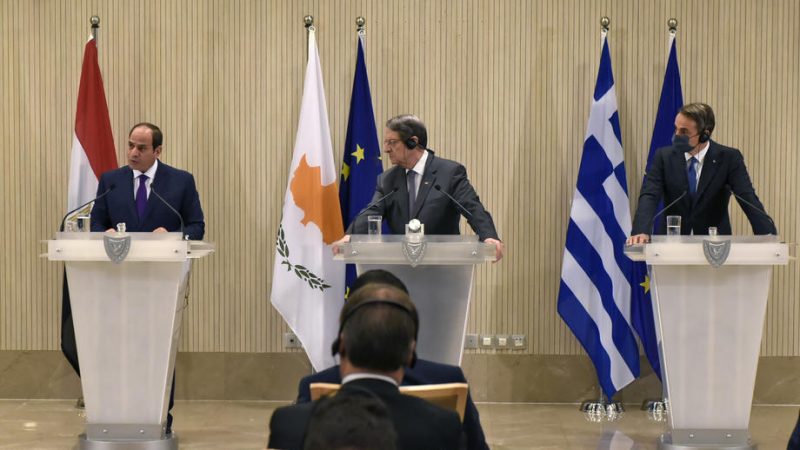 According to Greek journal TaNea, the Egyptian leader made this warning during a Cyprus – Greece – Egypt Summit last week. [EPA-EFE/IAKOVOS HATZISTAVROU]

Egypt’s President Abdel Fattah Al-Sisi recently warned the leaders of Greece and Cyprus about a potential “wave of jihadists” in the wider region of the Eastern Mediterranean, as well as about the way Turkish President Recep Tayyip Erdoğan has engaged the Islamist terrorism in his plans.

According to Greek journal TaNea, the Egyptian leader made this warning during a Cyprus – Greece – Egypt Summit last week.

Cairo is particularly concerned about the fact that Erdoğan openly uses jihadists from Syria to push forward his plans in the wider region.

Al-Sisi reportedly asked Greeks and Cypriots to keep the issue high on their diplomatic agenda and noted that for Egypt, it is a top priority regarding internal security and the control of Islamists in the country.

Many EU countries, including France and Greece, have accused Erdoğan of sending jihadists from Syria to Libya and Nagorno-Karabakh to fight against General Khalifa Haftar, leader of the Tobruk-based Libyan National Army.

On 2 October, French President Emmanuel Macron demanded that Turkey explain what he said was the arrival of jihadist fighters in Azerbaijan – and urged NATO to face up to its ally’s actions. (Sarantis Michalopoulos | EURACTIV.com)