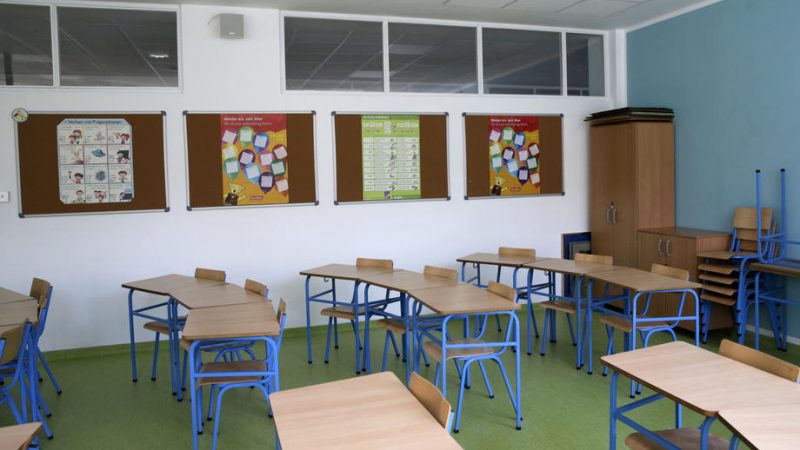 Sanitized chairs and desks stand in a classroom at the Dusko Radovic elementary school in Belgrade, Serbia, 31 August 2020. [EPA-EFE/ANDREJ CUKIC]

“In line with Serbia’s national education strategy, this investment by the EIB will improve the digital capacities of schools and contribute to economic growth, productivity, innovation, and creation of jobs for young people. Classrooms across Serbia will receive modern computer equipment and wireless Internet, while 50,000 teachers will attend training in digital skills,” the EIB has said.

The project is expected to create up to 700 new jobs. The EIB will also ensure considerable technical assistance for project preparation and realisation.

So far, the EU’s investment bank has invested €50 million in modernising Serbia’s schools, thus improving the conditions of about 28,000 pupils and students in more than 200 educational institutions.