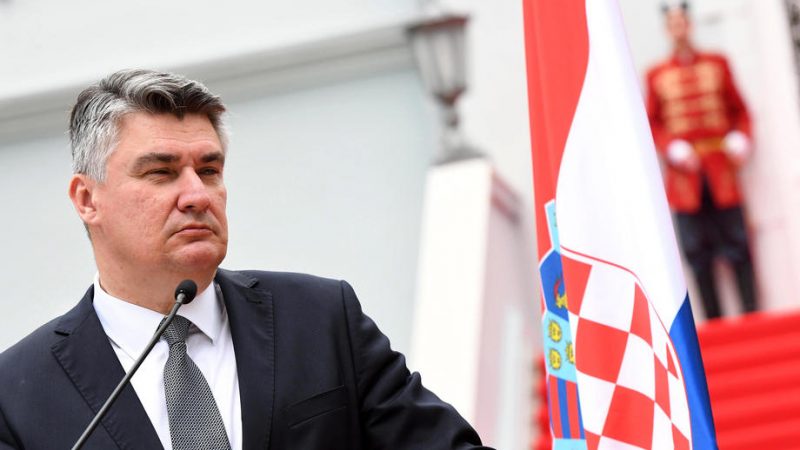 Croatian President Zoran Milanović said on Tuesday that law professor Zlata Đurđević was his candidate for the Supreme Court president and asked members of parliament to think carefully before they reject her because he would not give up.

The governing coalition, which also controls parliament, has already stated that it will not confirm Đurđević, however.

“I am taking this opportunity to ask members of parliament to think carefully about whether they want to turn down such a competent and good candidate for the supreme court president, because we have never had a better candidate,” Milanović told reporters.

The previous public call for the supreme court president failed as Milanović did not want to amend the candidate parliament chose. He has reiterated that Đurđević was his candidate, that under the Constitution, it is the president who proposes the candidate, and that no parliamentary committee or the Supreme Court Council would be able to change his mind.

“I am the president, I propose the candidate and explain my choice and the parliament has the right to turn them down,” Milanović said, dismissing speculation that the judicial authorities were in a state of crisis.

Supreme Court Vice President Marin Mrčela told the national broadcaster HTV on Tuesday evening that the disputes in the election of that court’s president could be avoided if the system of the selection is changed so that the judges themselves elect their top-ranking colleague.