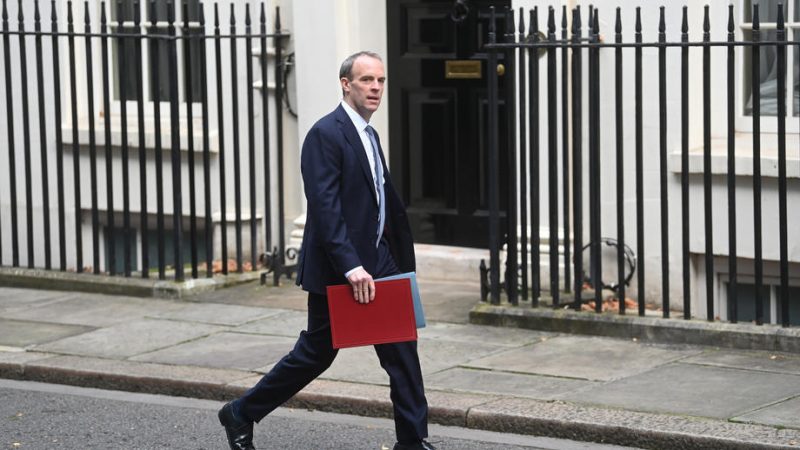 England could face a third wave of COVID-19 if lawmakers do not “get the balance right” on restrictions to curb the spread of the pandemic, Foreign Secretary Dominic Raab has said. [EPA-EFE/NEIL HALL]

England could face a third wave of COVID-19 if lawmakers do not “get the balance right” on restrictions to curb the spread of the pandemic, Foreign Secretary Dominic Raab has said.

The country will come out of a four-week lockdown on Wednesday, although most regions will be in Tier two of a three-tiered system of restrictions. Under tiers two and three, household mixing is banned.

UK lawmakers will vote on the tier system – which is set to be reviewed in two weeks – on Tuesday, with a large number of MPs from the governing Conservative party expected to vote against the new restrictions.

The new system will run until 3 February with the exception of a five-day window during the Christmas period when families will be allowed to gather together. (Benjamin Fox | EURACTIV.com)