Enlargement could be bargaining chip to trigger EU-Reform 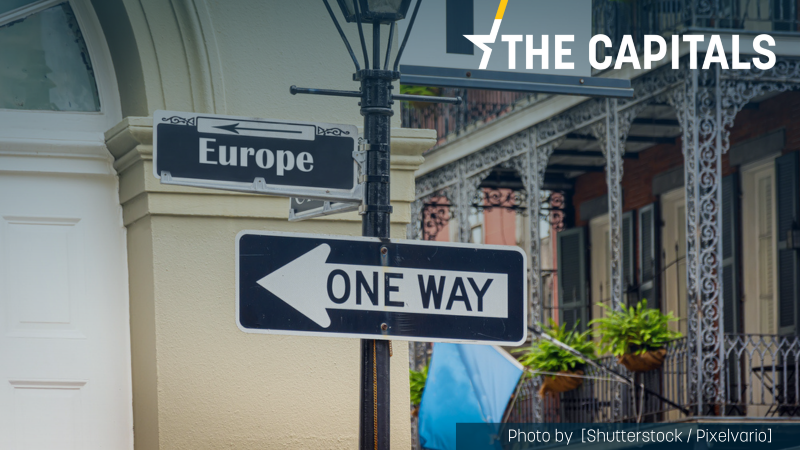 While the calls for EU reform are gaining momentum, several member-states oppose the proposal for treaty change. In the end, EU enlargement could be the main bargaining chip to launch the reform process. [Shutterstock/Pixelvario]

While the calls for EU reform are gaining momentum, several member-states oppose the proposal for treaty change. In the end, EU enlargement could be the main bargaining chip to launch the reform process.

Europe is engulfed in a discussion for EU reform following the conclusion of the Conference on the Future of Europe, with France, Italy, and Germany being particularly keen to bring the EU on a trajectory of reform.

Together the three founding members could “really deliver something consequential for Europe now,” Marc Uzan, director at the Center for European Policy (CEP) in Paris, told EURACTIV. “This crisis is the turning point for Europe,” he added.

On the other hand, almost half of EU countries oppose sweeping treaty changes, with 13 Eastern European and Scandinavian member states warning in a joint position paper of “unconsidered and premature attempts to launch a process towards treaty change.”

However, several opposing member-states have already softened their resistance and show some willingness for dialogue.

“We are not opposed to dialogue on the opening of the Treaties, but we do not see this as the only possible approach,” EU Affairs Minister of the Czech Republic, Mikuláš Bek, told EURACTIV.cz.

Other signatories of the joint letter opposing EU reform have also softened their stance. The Romanian foreign ministry, for instance, stated that the 13 member states do not exclude institutional reforms where needed, but they want to avoid launching such processes without a thorough analysis.

Enlargement as the wild card

However, bringing together 27 member states to decide on treaty change will be a lengthy and challenging process – especially since the main drivers behind the push are all Western European countries.

Therefore, Frank Schimmelfennig, Professor and Chair of the Center for European Politics at the ETA Zurich, argued that “major treaty reform is rather unlikely.”

Poland is fiercely opposed to any treaty reform.

“This proposal is unacceptable for us since that would mean the dictatorship of the EU’s strongest countries over smaller countries, depriving our region of voice,” Deputy Prime Minister of Poland, Jacek Sasin, said last week.

However, one bargaining chip on the table could open the gates for EU reform: enlargement.

Some member states, like Berlin or Madrid, have already made it clear that the EU should be reformed before any further enlargement occurs, as the bloc’s capacity to act would be significantly diminished otherwise.

“That could be a lever. Because the states that are quite sceptical about the abolition of unanimity, especially in Eastern Europe, have a strong interest in enlargement at the same time. One could imagine certain trade-offs there,” Schimmelfenning stated.

“This linkage of enlargement and institutional reform has actually been on the agenda in every enlargement round,” he added.

However, there are also options for institutional reform that fall short of treaty change.

Germany especially is pushing for abolishing the unanimity requirement in foreign policy – something that is already possible under der current treaty provisions.

While the EU-founding members, Iberia, and the European Commission, are heavily in favour of such a move, Eastern European member states are very reluctant.

“Unanimity provides a lever for smaller states to negotiate exceptions—as we are currently seeing with the oil sanctions, for example. In a majority voting system, that would no longer be possible. I don’t think these states will give up this possibility easily,” Schimmelfennig emphasised.

However, the Hungarian veto on EU sanctions on Russian oil imports has also led to some readjustments in the positions of these member states.

Estonia voiced similar concerns. While Prime Minister Kaja Kallas stressed that smaller member-states could be “overrun in certain decisions”, the Hungarian veto of the sanctions is also viewed as a problem in Tallinn.

“We see also Hungary now blocking the big decisions like the EU sanctions against Russia – it might be also in our interest that Europe functions more quickly,” Kallas told EURACTIV.

The only other option to further develop the EU without changing the treaties is to opt for a multi-speed Europe.

Macron has already hinted at this option in his speech at the European Parliament last week, where he stated that Europe shouldn’t wait for “the most sceptical or the most hesitant.”

The treaties already allow for such a step through its enhanced cooperation, where at least nine member-states are allowed to establish advanced integration.

However, while France and Germany have long advocated for its use, the option has thus far rarely been utilised.

“Beyond this general commitment to the possibilities of differentiated integration, it has actually been seen in all crises that the practical hurdles or the practical benefits were very limited, and the actual implementation lagged behind,” EU-integration expert Schimmelfenning stressed.