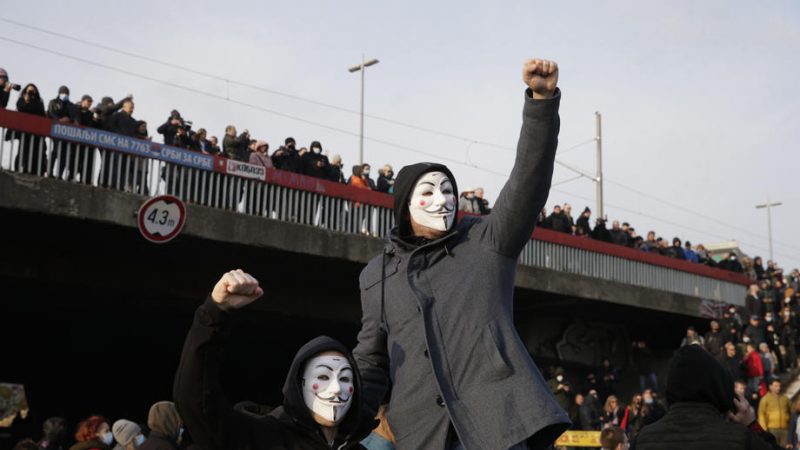 Tens of thousands of people took to the streets across Serbia over the weekend. They blocked main traffic arteries and bridges in over 50 cities, including Belgrade, for two hours, in protest against a mining project of the Rio Tinto company and new legislation on expropriation and referendums.

The Get Going for Change initiative (Kreni-promeni), and the Green Uprising called for the demonstrations which were attended by members of the public from varied political and social leanings.

There were incidents reported in several cities, with Novi Sad seeing the highest number of injuries. The most severe incident was a 100-person fight in Novi Sad that broke out after 20 young men emerged from a convoy of cars and clashed with the protesters.

Several dozen Serbian expatriates assembled in front of the UN in New York to support the protests.

Serbian President Aleksandar Vučić, who is also head of the Serbian progressive party (SNS)  said on Saturday that he would propose amendments to the law on expropriation.

The law allows the seizure of private property if the government decides that it is in the public interest and is needed for important projects. Environmental activists say it was designed to advance mining projects that damage the environment.

Meanwhile, a spokesperson for the European Commission, Ana Pisonero, said that the project by Rio Tinto, a leading global mining group, was a good opportunity for Serbia’s social and economic development, provided that the company respected high environmental standards.

Pisonero said in an interview with N1 TV on Friday that the EU would continue to carefully monitor Rio Tinto’s project, which includes opening a mine to exploit the jadarite mineral, which contains high concentrations of lithium and boron.