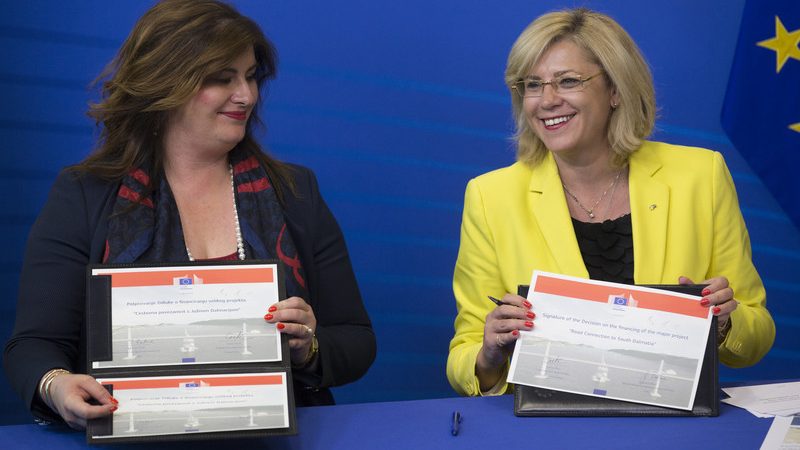 The situation is a big problem for Prime Minister and HDZ President Andrej Plenković. Several weeks ago, the Supreme Court confirmed the verdict that HDZ was guilty of corruption. [EPA-EFE / OLIVIER HOSLET]

The opposition Social Democratic Party (SDP) and the Green-Left Bloc announced they would form an inquiry commission to look into the absorption of EU funding, following a scandal dubbed Software in which Gabrijela Žalac, a member of the presidency of the ruling Croatian Democratic Union (HDZ) and ex-EU funds Minister, was arrested.

The EPPO issued a statement on the matter without revealing the identity of the four suspects.

The statement reads that EPPO “has initiated an investigation against four Croatian citizens, as well as two companies, for the criminal offences of trading in influence and the abuse of office and official authority.”

“Finally, after having conducted an open public procurement procedure, the MRRFEU (Ministry of Regional Development and EU Funds) concluded a purchase contract for information system with the companies linked to the third suspect, a business partner of the second suspect, with the price unrealistically set at 12,991,000.00 kuna (€1.73 million) – although the realistic price of that system would have been approximately 2,000,000.00 kuna (€265,000),” it continues.

The situation is a big problem for Prime Minister and HDZ President Andrej Plenković. Several weeks ago, the Supreme Court confirmed the verdict that HDZ was guilty of corruption. Plenković was defiant and said it was not “his HDZ”, but from the time of former PM and party President Ivo Sanader.

“Next week the HDZ Presidency will meet and we will see what to do next as far as ex-minister Žalac’s party status is concerned,” said Plenković.