Erdogan: Serbia’s support for Bosnia and Herzegovina important for peace 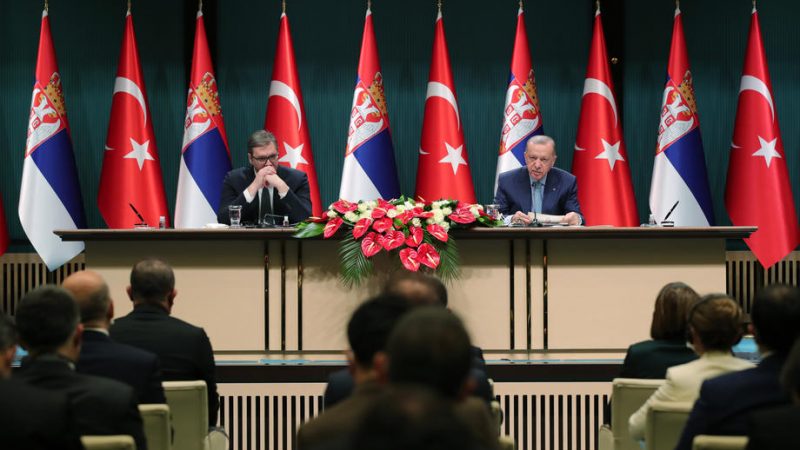 The support that Serbia is giving to the sovereignty and territorial integrity of Bosnia and Herzegovina was essential for peace and stability in the region, Turkish President Rexhep Tayyip Erdogan has said in Ankara.

He told a joint news conference after meeting with Serbian President Aleksandar Vučić that, “it is imperative that all sides refrain from taking steps that harm Bosnia and Herzegovina’s territorial integrity and for everyone to act responsibly.”

“At the meeting, we once again strongly and decisively confirmed the importance that we attribute to peace and stability in the Balkans. We exchanged views on the political crisis in Bosnia and Herzegovina. It is evident that it is necessary to act in unison with the international community to overcome this crisis,” Erdogan said.

Erdogan also said that relations between Serbia and Turkey “are on an excellent level” and added that he discussed the level of cooperation and steps that needed to be taken in detail with Vučić.

Vučić, who was on a one day visit to Turkey, confirmed that Serbia and Turkey had stable, good and friendly relations. The two leaders signed several agreements geared toward improving bilateral cooperation.