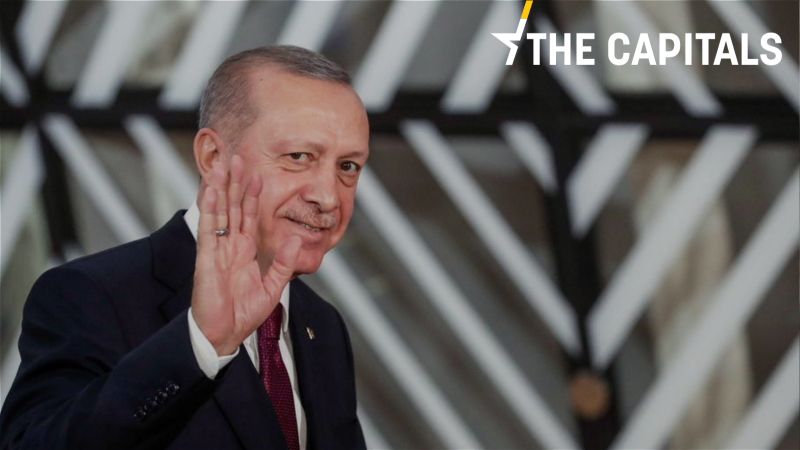 The meeting was at the Vahdettin mansion near Istanbul, home to the last Ottoman Sultan Vahideddin. Erdoğan was accompanied by Turkish Foreign Minister Mevlüt Çavuşoğlu and representatives of his Justice and Development Party. So far, there is no information on the topic of the talks between the delegation of the Bulgarian party, which consists primarily of Bulgarian citizens of Turkish origin.

One month ago, the Bulgarian parliament lifted voting restrictions on Bulgarian citizens living in non-EU countries, making the votes of Bulgarians in Turkey an important factor in the upcoming July early parliamentary elections.

The MRF expects to receive at least 60,000 votes from Bulgarian migrants in Turkey, for which Erdoğan’s support will not be superfluous. The maximum is about 100,000 votes, which equates to 8-10 seats in the Bulgarian parliament.

For a decade, the MRF preferred to stay away from Erdoğan, but the warming of relations became apparent last year. In December, Erdoğan sent a special congratulatory video message to the MRF national conference. Many Bulgarian political analysts felt Erdoğan’s message was a request for interference in Bulgarian domestic politics. It comes at a time when Erdoğan lost his friend in Bulgaria – former PM Boyko Borissov, who often lobbied for him in Brussels.

Relations between the MRF and Erdoğan were at their lowest point in 2016. Then Turkey banned the honorary chairman of the MRF Ahmed Dogan and the most influential MRF MP Delyan Peevski to enter the country. Peevski was then called a “pro-Russian oligarch.”

Less than a week ago, the US also imposed sanctions on Peevski for corruption under the Magnitsky Act.

During the meeting, Zaev stressed the extremely good economic cooperation between the two countries and highlighted the interest of Turkish companies to invest in North Macedonia and deepening business and trade ties.

Economic and trade co-operation is vital, Zaev said during a working dinner, adding that more momentum is expected in this regard with the drafting of a new free trade agreement aimed at opening more doors for Turkish investors.

Erdoğan said North Macedonia had a special place in the hearts of Turkish citizens, as a country with excellent relations and deep historical ties. Erdoğan stressed that despite the pandemic, the two countries had excellent trade relations in 2020 and that he would continue to urge Turkish companies to invest more in North Macedonia.

Ankara also offered to provide 30,000 Chinese Sinovac vaccines to Skopje free of charge, to be made in Turkey.

Albania’s Prime Minister Edi Rama also met with Turkey’s president. At that meeting, Erdoğan offered Turkey’s help for the construction of a factory of 7 types of vaccines and a control system with super-intelligent drones for the production of real-time data on roads, coasts, agricultural lands, forests, public order and other activities.

Greece, whose tensions with Turkey have been escalating in the last months, has not officially reacted to these visits. However, Greek press reports have been sceptical especially about the visits related to North Macedonia and Albania, hinting that Erdoğan attempts to offer “gifts” to increase his influence in the Balkan region. (Krassen Nikolov | EURACTIV.bg, Željko Trkanjec | EURACTIV.hr)