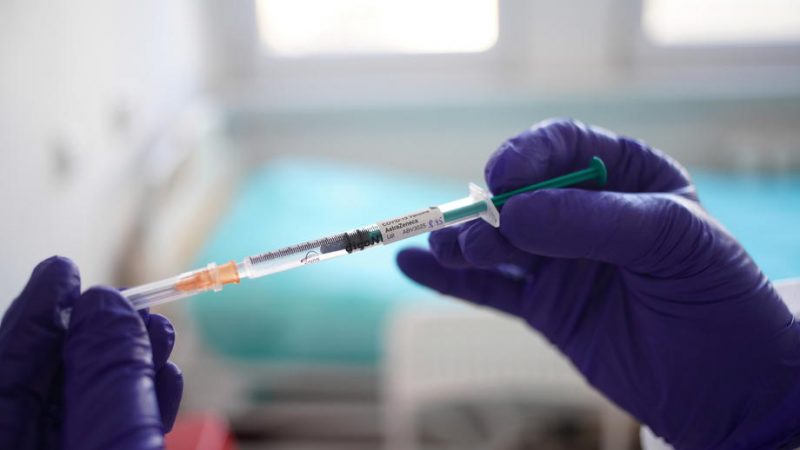 A nurse prepares to administer the Astra Zeneca COVID-19 vaccine at the Central Clinical Hospital of the Ministry of the Interior and Administration in Warsaw, Poland, 12 February 2021. [EPA-EFE/Leszek Szymanski]

The Polish national vaccination system spiralled into disarray Thursday morning when registration was suddenly opened for everyone over 40.

“This is no April Fool’s,” said a tweet from the account of the government’s vaccination programme, which was later deleted.

The authorities then explained that what happened was nothing more than an error in the system. Still, many people aged 40-59 managed to register for vaccination earlier than their age group would have been allowed under the national vaccination strategy. The error forced government bodies to suspend the registration for a few hours.

Groups already eligible for vaccination include all people over 60, teachers and university employees, as well as some other professionals, and people within the high medical risk category.

Those who took advantage of the error and registered for April will be contacted and offered slots in May said the head of the PM’s office responsible for the vaccination programme, Michał Dworczyk. “This is not a large group, some 600 people,” he added.

When it comes to the vaccination of people over 40, priority will be given to those who in January declared their intention to receive a jab in the framework of the national programme in the special form available on the government’s website.