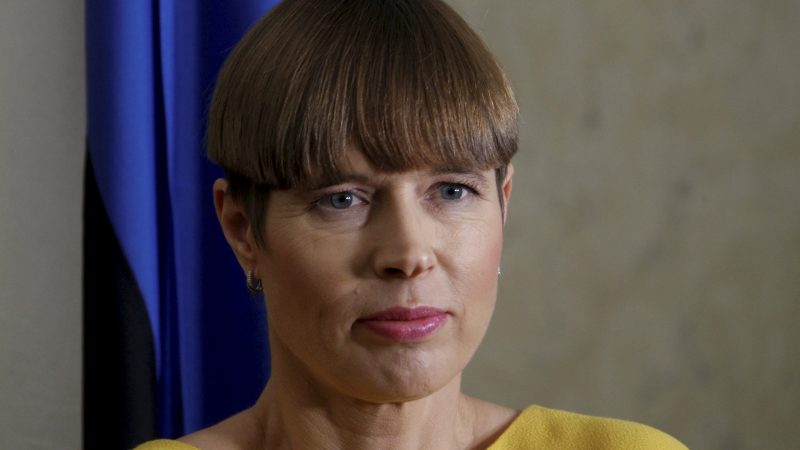 The most popular candidate would be the current president, Kersti Kaljulaid, who would be eligible for another five-year term. [EPA-EFE/Toms Kalnins]

Russia’s unpredictable behaviour in the Baltic region and in international politics is likely to increase in the coming decades, Estonian President Kersti Kaljulaid told Finnish TV-channel MTV3 in an interview on Tuesday.

The Kremlin with the aid of Russian state-controlled media is trying to create divisions between Estonia and Finland who, in reality, have very similar views on the security situation in the Baltic Sea region, she added.

According to her, it is very difficult to predict what Estonia and Finland should concretely prepare for in relation to their unpredictable Eastern neighbour, whose economy is shrinking.

“This unpredictability stems from the fact that Russia has realised that its economic might is less than what it used to be. Its window of opportunity to change the global game is quickly closing. It, therefore, has to look into smart, cheap, and unpredictable ways to change the game – and do it quickly,” said Estonia’s president.

The possible future trend has already been showcased in Georgia, Ukraine, in Salisbury and in the Navalny case, listed Kaljulaid, adding that those incidents were impossible to predict.

“It is not very fruitful to try and predict anything. One has to realise that probably non-traditional elements will be there when there are attempts to change the rules-based world order to a power-based one,” she concluded, highlighting that on security issues, Estonia will also work closely with the new Biden administration. (Pekka Vänttinen | EURACTIV.com)