Estonia fortifies its border with Russia 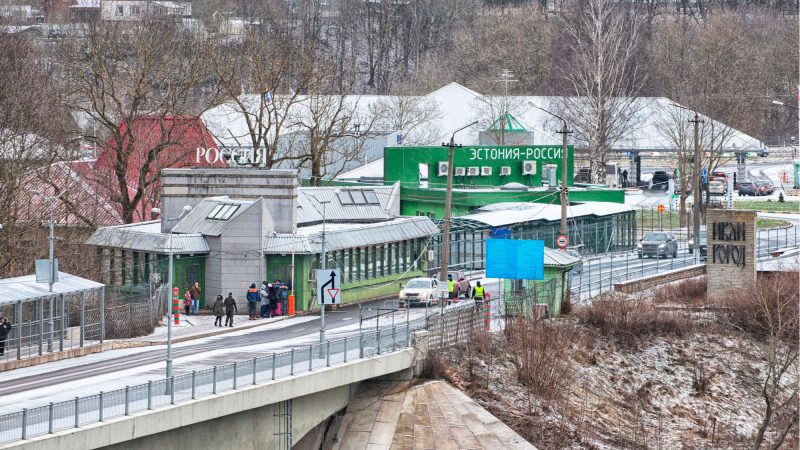 Crossing point for pedestrians on the border of Russia (Ivangorod) and Estonia (Narva). [Shutterstock/Telia]

Estonia is constructing a new steel fence on its southeast border facing Russia, following steps other Baltic countries and Poland have already taken to ‘fortify’ their borders.

In a secretive project, Estonia is close to finishing the first 23 kilometres of a 2.5-metre high fence made of steel and equipped with barbed wire – the first step in a long process to modernise the whole border control apparatus.

According to a report published by the Finnish Broadcasting Company (YLE), another 35 kilometres will be built in a similar fashion before 2025.

The Estonia-Russia border stretches for about 330 kilometres, of which some 130 kilometres is on land.

Once completed in 2027, there will be real-time camera surveillance along the entire border, Egert Belitšev, the deputy director-general for border management at the Estonian Police and Border Guard Board, told YLE in an interview, adding that the fence is only part of the reform.

The Estonian project is another example of countries strengthening their borders in the wake of the 2015 refugee crisis. Only Finland, Slovakia and Romania have not modernised their eastern border since the crisis, according to YLE.

According to human rights activists, building fences may violate the Universal Declaration of Human Rights and the 1951 Refugee Convention and its 1967 Protocol.

One response to “Estonia fortifies its border with Russia”