Estonia needs a second ballot to elect a president 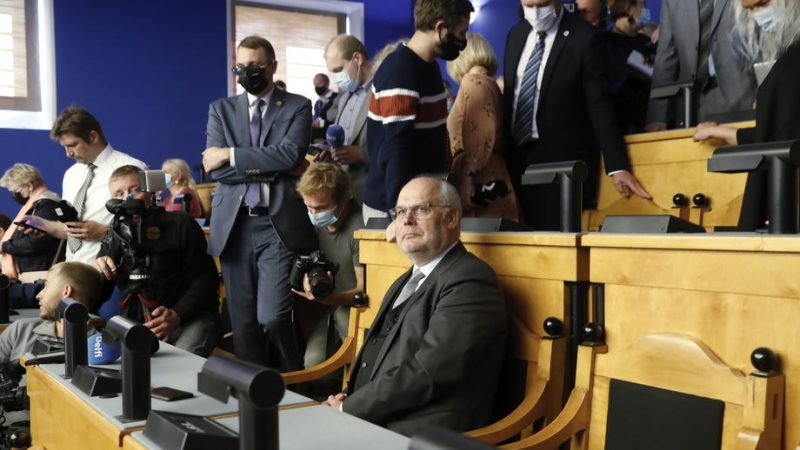 The process will continue early Tuesday morning and the second round of voting will be organised at noon. [EPA-EFE/TOMS KALNINS]

Alar Karis, the only candidate nominated in Estonia’s presidential election has failed to get the votes in the parliament needed to become the republic’s ceremonial president.

In the first round of voting on Monday, Alar Karis, the director of the National Museum only received 63 of the 68 required votes in the 101-seat parliament known as the Riigikogu.

The two parties in government, Reform and Centre voted in favour of Karis.

However, while the populist and nationalistic Conservative People’s Party of Estonia (EKRE) decided to abstain from voting, not enough support could be gathered from the two other opposition parties, Isamaa and the Social Democrats, to ensure Karis was elected the first time around.

The process will continue early Tuesday morning and the second round of voting will be organised at noon. According to ERR News, nominations for the second ballot are expected at least from the EKRE party. To be a candidate, only 21 votes are required.

If lawmakers fail again to elect a new president, a third ballot will be organised and could include one or more candidates.