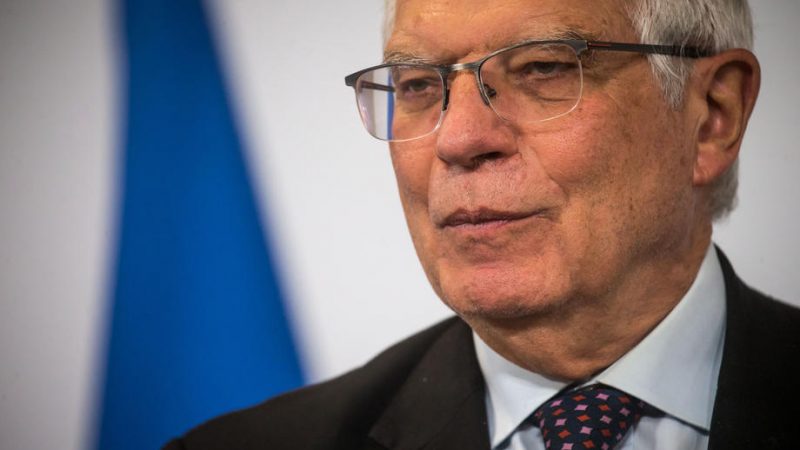 The statement comes following questions sent by EURACTIV’s media partner Exit after Prime Minister Edi Rama said – one day before EU chief diplomat Josep Borrell visited Tirana – that a Brussels official had said the protests served Russia and the Kremlin and questioned who was organising them. [EPA-EFE/CHRISTOPHE PETIT TESSON]

Citizens in Albania and beyond have legitimate concerns over rising prices, the European Commission has said.

The statement comes following questions sent by EURACTIV’s media partner Exit after Prime Minister Edi Rama said – one day before EU chief diplomat Josep Borrell visited Tirana – that a Brussels official had said the protests served Russia and the Kremlin and questioned who was organising them.

Albanians have been protesting for over a week over increased fuel, energy, and food prices, calling for various fiscal reliefs. The government has introduced some measures but has continually said the protestors are shameful and are bolstering the Kremlin.

“Citizens in Albania, as well as in the rest of the Western Balkans and beyond, have legitimate concerns over the rising prices of fuel and food,” the Commission said.

“The EU recalls that upholding European standards on freedom of peaceful assembly, and on the protection and inclusion of vulnerable groups, are key accession requirements that are monitored closely. All actors involved need to exercise maximum calm and restraint,” the European Commission added.

The latter comment comes as hundreds of people were apprehended by the police, including plain-clothed officers. Several journalists were assaulted and one required hospital treatment after being pushed and stomped on by officers.

The statement from the Commission continued that the price rises are “largely exacerbated by the war of aggression launched by Russia against Ukraine,” and not by EU sanctions and Albania’s alignment with them.

“EU sanctions are carefully targeted, and aimed at those responsible for policies or actions the EU wants to influence, while reducing as much as possible any unintended consequence,” it continued.

The Commission also noted the establishment of a special committee to tackle the impact of Russia’s war against Ukraine on the Albanian economy and the national board for the administration of fuels, as well as on the ongoing monitoring of the situation by the Competition Authority of Albania.

“The EU will continue to support its Western Balkan partners in inclusive and sustainable economic development, in particular responding to the social and economic impact of the war, potential future shocks and in order to allow economic recovery,” the statement concluded.

Protestors have made a series of demands to Rama and have said if they are not met, they will gather across the country on Saturday to continue the protest.