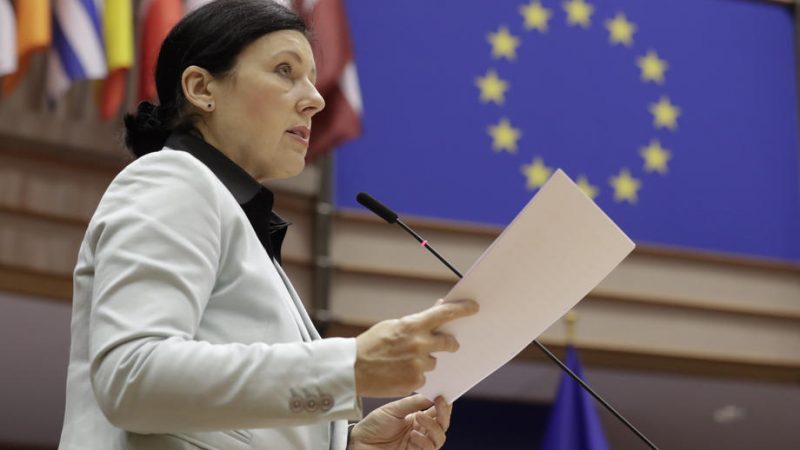 According to a letter sent by the European Commission’s values and transparency chief Vera Jourova and Justice Commissioner Didier Reynders. [EPA-EFE/POOL / OLIVIER HOSLET]

“The European Commission believes that Poland violates European Union law by allowing the Disciplinary Chamber to continue adjudicating in cases that directly concern judges, especially in cases for lifting immunity,” according to a letter sent by the European Commission’s values and transparency chief Vera Jourova and Justice Commissioner Didier Reynders.

“The independence and impartiality of the Disciplinary Chamber of the Supreme Court are not guaranteed,” the two wrote in the letter, noting that they are aware of the “very difficult situation of many judges in Poland”. The letter also refers to the EU Court of Justice’s decision ordering the Chamber to temporarily suspend its adjudication.

“The rule of law is one of the values on which the European Union has been built. It is common to all member states and is essential for the functioning of the EU. Please rest assured that we are determined to take action to protect this value,” they wrote.

The letter Commissioners’ letter is a response to a letter sent to the EU executive by Krystian Markiewicz, the head of Iustitia, the association of Polish judges.