EU Council chief chimes in on negotiations in Berlin 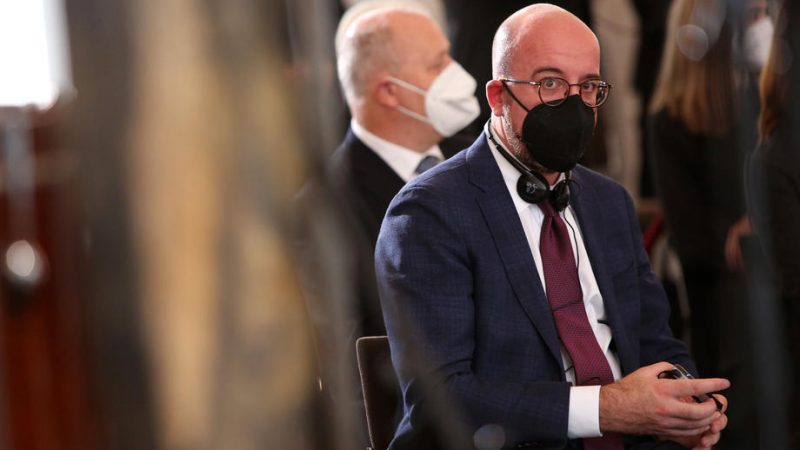 European Council President Charles Michel met with the leaders of the negotiating parties in Berlin as 300 Social Democrats, Greens, and liberal politicians continue to negotiate a “traffic light” coalition.

Michel met with the SPD’s Olaf Scholz, the Greens’ Annalena Baerbock as well as Robert Habeck and the FDP’s Christian Lindner.

“Where else knows better than Germany that unity – unification – makes you stronger,” he would later tell attendees at a speech at the Konrad Adenauer Foundation. “But as you know, unity does not appear from the heavens. It takes work. It must be built,” he said.

A successful and speedy formation of the next German government appears to be crucial to be able to begin negotiations on the EU’s Fit for 55 climate package and address the ongoing rule-of-law issues in Poland and Hungary.

But there are concerns about whether the “traffic light” parties can meet their tight deadlines. Discontent surfaced from the Greens over a feeling of being shortchanged in the negotiations, prompting concerns that an important deadline could be missed.

By 10 November, the 22 working groups who formulated the basis for a coalition agreement must conclude their work to have Scholz in power before the next European Council.

“European affairs on the agenda of the European Council, climate policy and Brexit,” would be the main points of the talks with Michel, said Scholz.

“There is no question that we agree on the need to tackle the major issues of our time together at the European level,” Baerbock summarised after the meeting.