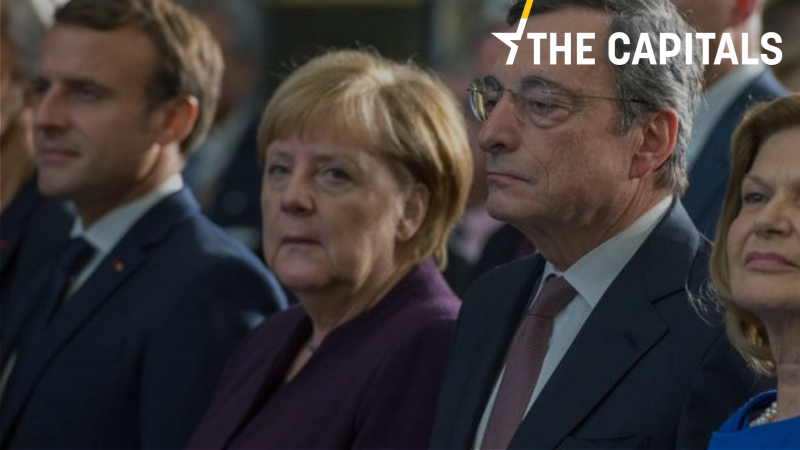 EU countries continue to be divided over whether Russia’s Sputnik V vaccine should be added to Europe’s vaccination program. In Italy, some regions want to move on with ordering the vaccine from Moscow, while Germany and France seem not to be on the same page regarding the matter. The European Commission meanwhile insists that 70% of EU population could still be vaccinated by September without making use of the Russian vaccine.

The Italian regions of Umbria, Lazio and Sardinia have recently expressed their willingness to use or experiment using Russia’s Sputnik V vaccine. Campania President Vincenzo De Luca of the centre-left Democratic Party (PD) announced on Saturday that he had “finalised the agreement” for the purchase of Sputnik doses for 4.5 million citizens, allowing the roll-out to begin as soon as the European Medicines Agency (EMA) and Italian drug agency (AIFA) approve it.

“No Italian region can buy vaccines on its own, as the rules stand today,” said Stefano Bonaccini, president of the Emilia-Romagna region and head of the conference of Italian regions said in a TV interview on Saturday in response to De Luca’s announcement.

“If the rules will change, we’ll see. Certainly, no region can purchase vaccines without the authorisation of the regulatory bodies that monitor safety and efficacy,” Bonaccini added.

Germany, France not on the same page?

Sputnik V is currently in EMA’s rolling review process, but no official request has yet been made for market authorisation.

At the EU level, Hungary, the Czech Republic, and Slovakia have so far ordered the Russian vaccine.

Germany is now also open to using it, while France has kept a more cautious approach.

German Chancellor Angela Merkel recently said the EU should use any vaccine that has been approved by the EMA. Berlin has also hinted that it could pre-order Sputnik unilaterally if other member states were not interested in establishing an EU-wide approach.

At least four EU member states need to make an official request to the Commission to start talks to order a vaccine.

“EMA approval, which Sputnik does not yet have, would provide the opportunity to use the vaccine in inoculation campaigns in Europe, and it would then also be worth considering for Germany,” said Merkel’s spokesperson Steffen Seibert.

On the other hand, French FM Jean-Yves Drian has accused Moscow of using its vaccine as a tool to exercise foreign policy.

“In terms of how it is managed, it [the Sputnik V vaccine] is more a means of propaganda and aggressive diplomacy than a means of solidarity and health aid,” Le Drian told France Info radio.

However, the French health ministry seems more open to the idea of Russia’s vaccine.

“All efforts to achieve the best possible vaccination coverage of the population deserve consideration. As with all vaccines, Sputnik V is subject to a licensing procedure by the EMA. At the EU level, Sputnik V started its data review on 4 March; the EMA is expected to provide more visibility on the vaccine’s study schedule in the coming days,” the French health ministry told EURACTIV.fr in an emailed response.

“However, the most important thing now is to focus our attention and efforts on maximising production capacity for vaccines that already have a marketing authorisation or are favourably positioned to obtain one in the coming weeks,” the ministry added.

A Commission spokesperson recently told EURACTIV.com that for now, Sputnik is “not on the EU radar” and insisted that the bloc could have 70% of the adult population vaccinated by September with the already approved vaccines (Pfizer, Moderna, AstraZeneca and Johnson & Jonhson).