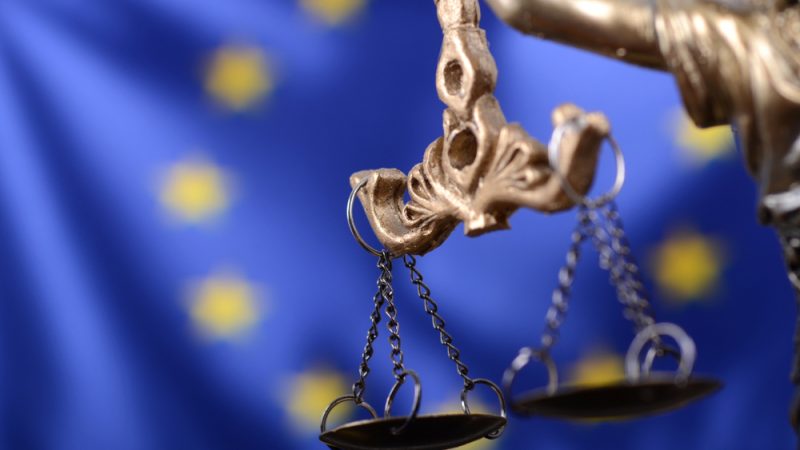 CJEU’s verdict touches on the National Council of the Judiciary (KRS), which evaluated judicial appointments. Critics say it has become a tool to politicise the courts. [Shutterstock/corgarashu]

The EU Court of Justice in Luxembourg ruled on Tuesday that the changes to the way Polish Supreme Court judges are appointed may be in breach of EU law.

The ECJ’s verdict touches on the National Council of the Judiciary (KRS), which evaluated judicial appointments. Critics say it has become a tool to politicise the courts.

According to the ruling, successive amendments to a law on the Council which in effect removes judicial review of its decisions could infringe EU law. However, Polish courts will have the final say on whether there is a breach of EU law.

“Where an infringement has been proved, the principle of the primacy of EU law requires the national court to disapply such amendments,” the ruling states.

In 2018, the KRS decided not to propose the appointment of five candidates to posts on the country’s Supreme Court, putting forward other names instead. The move led to a lawsuit, with Poland’s Supreme Administrative Court asking the EU court whether Poland’s rules barring appeals to KRS decisions are compatible with EU law.

The EU court’s decision has been met with sharp criticism, particularly from the country’s justice ministry and the ruling Law and Justice party (PiS). “Ordering Poland to disregard its own constitutional rule in matters concerning the organisation of our judiciary is a violation of the treaties and yet another example of restricting our sovereignty,” said Deputy Justice Minister Michał Woś.

“A question is, what is more important – the Polish Constitution or EU law,” said PiS’ deputy spokesman, Radosław Fogiel. “In Poland, the most important law that stands above international law was ruled by the Constitutional Tribunal in 2005, when it assessed the accession treaty,” he added. (Aleksandra Krzysztoszek | EURACTIV.pl)