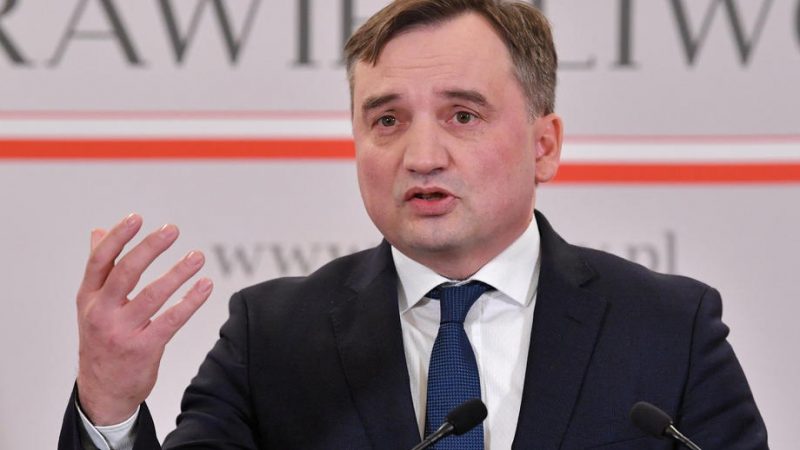 A new dispute has erupted between Justice Minister Zbigniew Ziobro and Prime Minister Mateusz Morawiecki following the EU Court of Justice’s ruling on Wednesday regarding the EU conditionality mechanism.

Morawiecki made a “historical mistake” by not having vetoed the 2020 EU Council resolution, introducing a mechanism linking the disbursement of EU funds with the rule of law, said Ziobro.

The newest feud between the ruling Law and Justice’s (PiS) Morawiecki and Ziobro, who is a leader of PiS’ junior coalition partner Solidarity Poland, follows an EU Court of Justice ruling on Wednesday that the so-called conditionality mechanism is legal under EU law. This could see Poland and Hungary have their EU funds blocked due to undermining judicial independence and fostering corruption. Both countries challenged the mechanism, saying its criteria are unclear.

In Ziobro’s view, the mechanism “is not about the rule of law, but a brutal fight for power” and will serve to “exert pressure on Poland through economic blackmailing and restricting our sovereignty,” which he said Morawiecki approved.

The key issue behind the spat is the two politicians’ different views on the EU, says Radosław Markowski from Warsaw’s SWPS University.

“Ziobro is hostile about the EU. By lying on the EU’s intentions, he attempts to make Poland withdraw from the bloc. Morawiecki, on the other hand, is moderately eurosceptic. He wants the country to stay in the EU, but manipulate it from inside,” Markowski told EURACTIV.pl.

The two clashed over the EU linking money with the rule of law, with Ziobro seeking conflict with Brussels and Morawiecki wanting to mitigate it and obtain the EU funds, says Markowski.

Ziobro asked the Polish Constitutional Tribunal, said by experts to be controlled by the government, to review the EU’s conditionality mechanism’s consistence with the Polish constitution last December. The ruling, which was to be issued on Wednesday, was postponed indefinitely.