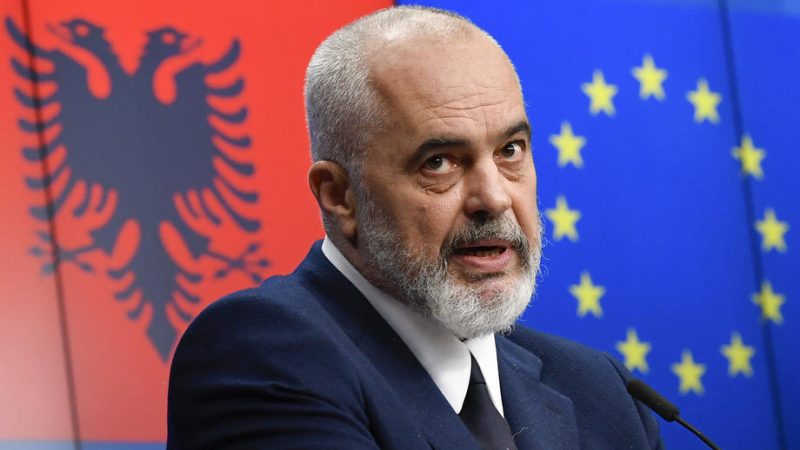 Prime Minister Edi Rama warned on Sunday of increasing fuel and energy prices that will bring about “shocking consequences” for Albanians during the winter. [EPA-EFE/JOHN THYS]

The election of Armela Krasniqi as chairwoman of the Audiovisual Media Authority (AMA) by parliament with 83 votes in favour has sparked criticism from the EU office in Tirana, BIRN reported.

Concern was raised regarding the political impartiality of the new members and chief of Albania’s main media regulatory body.

In a statement, the EU office in Tirana emphasised that “media regulatory authorities need to work impartially, transparently and with a legitimacy that is recognised by all”, and that “no doubt should exist about the non-partisan, professional & pluralistic nature of the work” of the institution.

“We invite the authorities to consider proceeding with this nomination under the new parliament starting in September, together with the appointment of the other board members of the Authority, in order to achieve the widest possible consensus and legitimacy,” the statement published on Twitter reads.

BIRN has learned that the EU statement on Wednesday came after the Socialists spurned an EU private request to postpone the vote. Krasniqi currently holds the post of director of the Albanian Telegraphic Agency (ATSH) and is a close associate of Prime Minister Edi Rama.