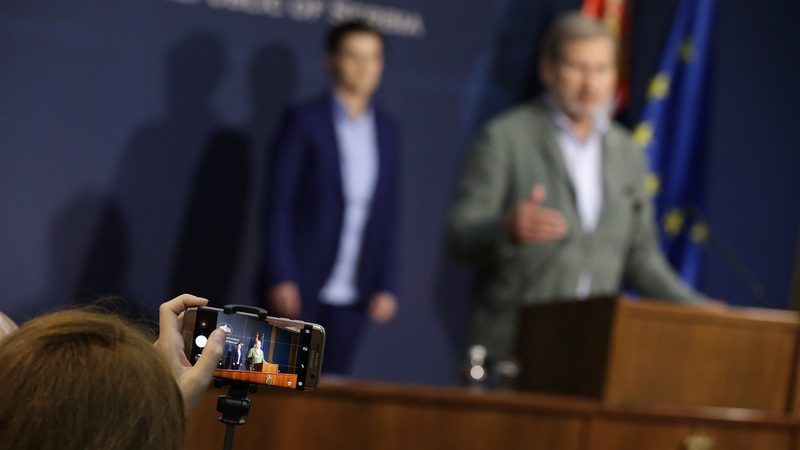 “The report stresses everything that needs to be done, especially in the areas of rule of law, fighting corruption and organised crime, judicial independence, freedom of the media". [EPA-EFE / ANDREJ CUKIC]

The European Commission’s yearly report on Serbia’s progress in the European integration process is cautiously optimistic, the head of the EU delegation to Serbia, Emanuele Giaufret, said on Thursday.

“The report stresses everything that needs to be done, especially in the areas of rule of law, fighting corruption and organised crime, judicial independence, freedom of the media. There is still a lot of work left to be done but the report concludes there is a renewed devotion in Serbia to different chapters. An example is the improvement of judicial independence through constitutional reforms,” Giaufret told N1 TV.

Giaufret also said that Serbia was working on applying several measures agreed in the EU-mediated inter-party dialogue and it was taking steps toward realising the recommendations given by the OSCE Office for Democratic Institutions and Human Rights (ODIHR). He added that corruption was being dealt with by the Group of States against Corruption (GRECO) and that a code of conduct for MPs had been adopted.

“A certain number of reforms have been carried out, some processes need to be wrapped up and entirely implemented, and this is the essence of what it says in the report. The fact is that steps have been taken in a good direction, the report provides an honest assessment of what has been done and where the government needs to shift its focus to,” the EU ambassador said, adding that the process of joining the EU was the Serbian government’s strategic goal.