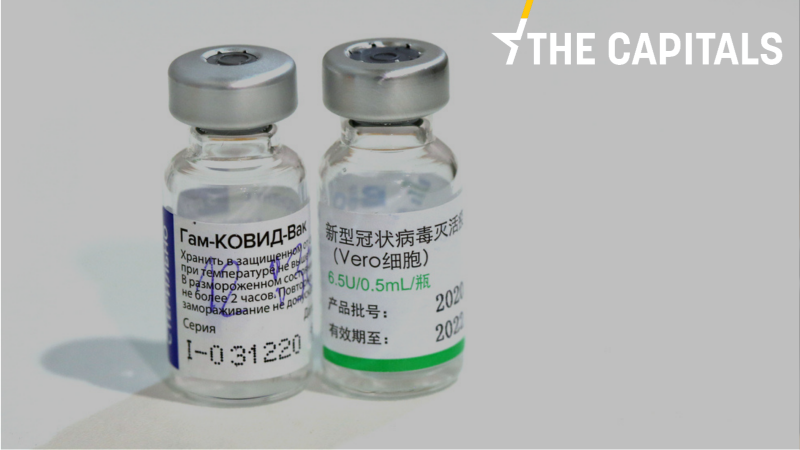 A possible EU decision to only allow entry to travellers who have received Western vaccines would be “scandalous” and “unreasonable,” said President Aleksandar Vučić. [Shutterstock/Fotosr52]

In an effort to boost tourism this year, Bulgaria wants to recognise vaccines not authorised by the European Medicines Agency (EMA) in its planned vaccination certificate.

It is not clear yet whether the EU “green pass” due to be presented soon by the Europen Commission will recognise vaccines not approved by the EU but Commissioner Ylva Johansson hinted that this will not likely be the case.

According to Serbia, this would be a “scandalous” decision.

Bulgaria will be preparing the European “green e-certificate” for tourists, meaning those wishing to visit the country will have three options – to be vaccinated against COVID-19, to have antibodies, or to show a negative PCR test taken before the trip, Health Minister Kostadin Angelov has announced.

“We will give all tourists the opportunity to choose to make their journey easier,” the health minister added.

The Balkan country is known for its Black Sea resorts, which offer holidays at relatively low prices. Before the pandemic, tourism accounted for over 12% of the country’s GDP.

The tourist season in Bulgaria will open on 1 May, which is just before the country’s Orthodox Easter holidays. The season will begin earlier than usual so that hotels can prepare and quickly organise tourism packages and offers.

“Everything that is being done is being coordinated with the European Commission,” said Prime Minister Boyko Borissov.

Bulgaria will allow tourists from non-EU countries, once they present a negative PCR test, or proof of COVID-19 antibodies or a COVID-vaccine, which does not need to be approved by the EU.

The European Commission will present the EU’s planned “green pass” on 17 March and will have both a digital and paper form.

Sources told EURACTIV.com that the EU certificate will also include data such as how many COVID-19 or anti-bodies tests one has taken and when, the results of these tests, and if one has been vaccinated.

When it comes to the data included in this certificate, the sources said it would be “the least possible” as the “protection of personal data is high on the European Commission’s agenda”.

However, it’s not certain yet that it will also recognise vaccines not authorised by the European Medicines Agency (EMA).

“The proposal to recognise vaccines not authorised by the EMA is still on the table”, the sources said. But, the Commissioner for home affairs, Ylva Johansson, told journalists last Friday (12 March) that the EU certificate would recognise vaccines that have been approved by EMA.

The issue is particularly important for the Balkan countries (Serbia, Montenegro, Bosnia, North Macedonia), which are mainly vaccinated with Russian and Chinese jabs.

In the EU, Hungary already vaccinates with both jabs with other EU countries such as Czechia and Slovakia are in similar talks with Moscow.

A possible EU decision to only allow entry to travellers who have received Western vaccines would be “scandalous” and “unreasonable,” said Serbian President Aleksandar Vučić, adding, however, that it would be good for the country’s tourism sector as Chinese, Russian, Turkish, African and Latin American tourists would visit the country.

“How are they going to ban the arrival of Hungarian Prime Minister Orban who got China’s vaccine? Now they even made me take the Chinese vaccine after hearing this, and then if they don’t welcome me in Brussels, there will be no dialogue with Priština,” commented Vučić.

Vučić also stated that as Serbia had not received vaccines from Europe, it would mean Serbia’s residents would not be allowed to travel to the EU under the new decision.

“I’m convinced that nobody in the EU really intends to make such a decision, but if it should happen, we will say – thank you, we’ve understood what kind of policy you have towards Serbia and our country will accelerate its progress,” he added.

The president also announced the construction in Serbia of a new Sinopharm vaccines factory, in cooperation with the United Arab Emirates and China.

On the production of the Russian vaccine set to begin in Serbia, the president also noted that his country will produce two or three million vaccines a month.