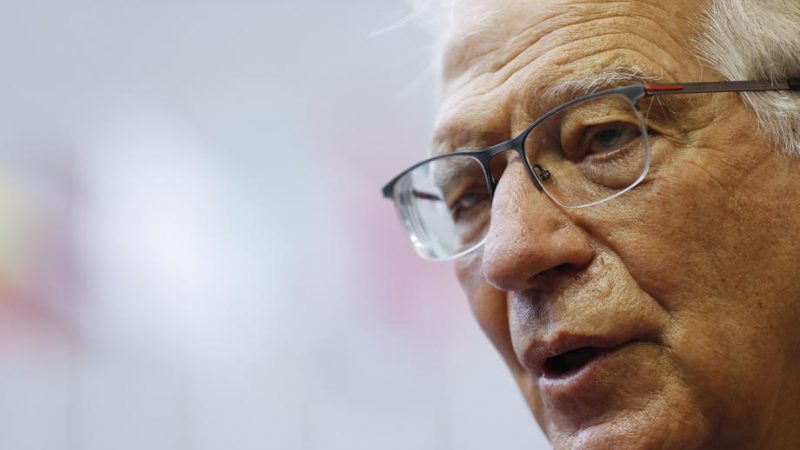 EU High Representative Josep Borrell said on Monday that he had briefed EU members’ foreign ministers on the course of last week’s round of the Belgrade-Pristina dialogue and the plans to hold the next session in July. [EPA-EFE/JOHANNA GERON]

EU High Representative Josep Borrell said on Monday that he had briefed EU foreign ministers on last week’s round of the Belgrade-Pristina dialogue and the plans to hold the next session in July.

Summarising the outcome of the session in Luxembourg, Borrell said that cooperation between the US and the EU was at a very high level now, free of competition and attempts by the US to take over the Belgrade-Pristina dialogue, which is an EU-led process.

Borrell added that mediation toward the normalisation of Belgrade-Pristina relations now included “strong cooperation” between the EU and US and described this as helpful.

According to the high representative, the Belgrade-Pristina dialogue was only one item among other current affairs being considered, one that received just a few minutes of attention at the EU ministers’ session.

On Tuesday, the second day of the EU foreign ministers’ session, there will be a political inter-government conference between the EU and Serbia, but no new chapters in Serbia’s talks to join the EU are to be opened.