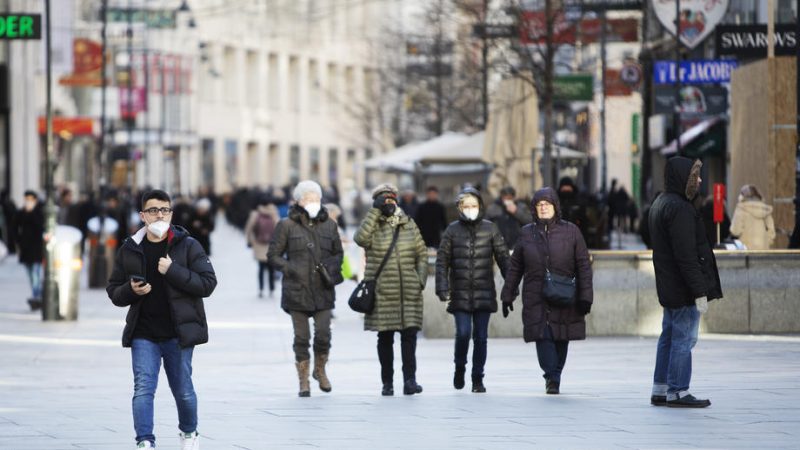 A survey commissioned by the European Parliament and conducted in late 2021 has revealed that concerns about the EU’s direction are rising in Austria. [EPA-EFE/ALEX HALADA]

Almost half of Austrians believe the EU is going in the wrong direction, a recent Eurobarometer survey shows.

A survey commissioned by the European Parliament and conducted in late 2021 has revealed that concerns about the EU’s direction are rising in Austria.

Among those surveyed, 48% believe the EU is fundamentally heading in the wrong direction, up 3% from 2020, while 32% think the opposite, down from 35% in 2020. On top of that, 18% of those surveyed believe Austrian EU membership is bad.

Compared to the EU average, where 44% of EU citizens believe the bloc is heading the wrong way, Austrians seem to favour the EU less.

Euroscepticism has long been rooted in Austrian popular politics.

The FPÖ’s government participation in the 2000s prompted EU sanctions amid fear of a resurgence of extremist politics in the countries with a national-socialist history, with the then EU member countries deciding to reduce diplomatic ties with Austria. The party governed again alongside the now-deposed conservative Chancellor Sebastian Kurz in 2017.