EU lawmakers to insist that Commission tightens control over Bulgaria 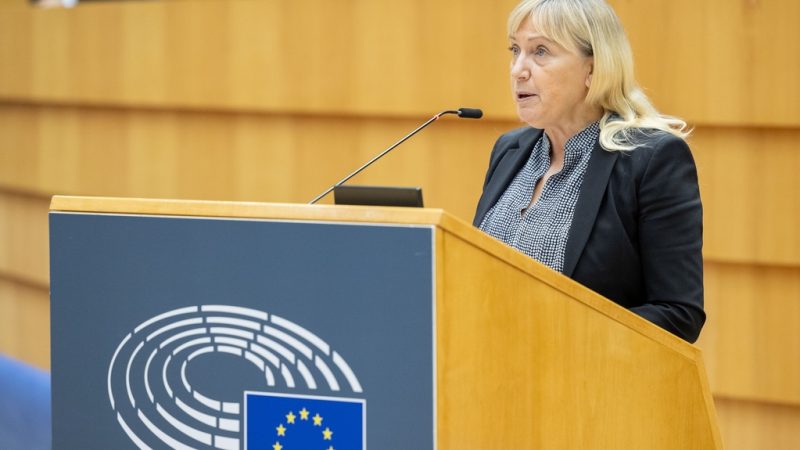 Elena Yoncheva (S&D, Bulgaria), who is a member of the committee, as well as part of the monitoring group that was in Bulgaria, said in an interview with EURACTIV.bg’s media partner www.segabg.com that she hopes the report will be adopted by a large majority. [European Parliament Media Serivce]

The European Parliament’s civil liberties committee will urge the European Commission to strengthen the monitoring and audit of EU funds for Bulgaria, including the Recovery and Resilience Facility.

This is expected to happen at the committee’s next meeting on Thursday (18 November). The MEPs will discuss the report following a committee delegation to Bulgaria at the end of September.

Elena Yoncheva (S&D, Bulgaria), who is a member of the committee, as well as part of the monitoring group that was in Bulgaria, said in an interview with EURACTIV.bg’s media partner segabg that she hopes a large majority will adopt the report.

“Our important conclusions are two. First, we should ask the European Commission to strengthen the monitoring and audit of EU funds for Bulgaria. This is an extremely important monitoring mechanism. The idea is not to punish us, Bulgarian citizens, not to cut funds, but to have a preventive mechanism that will make the government respect the rule of law and limit corruption as much as possible,” she explained.

The second conclusion of the MEPs is that additional questions should be sent to the Bulgarian authorities, including the chief prosecutor Ivan Geshev. They will seek answers about what further work has been done against high-level corruption.

Yoncheva explained that during their visit to Sofia, the MEPs asked the Prosecutor General about the progress of the investigations on different matters concerning the ex-PM Boyko Borissov, including the investigation into the famous photo from his bedroom which shows bundles of banknotes and gold bars.

In September, the MEPs were not satisfied with Geshev’s answers.

Yoncheva also said that the committee’s conclusions would be included in the following report on the rule of law in Bulgaria.

Asked whether she had contacted the European Chief Prosecutor Laura Codruta Kovesi about the misuse of EU funds for constructing highways in Bulgaria and whether arrests can be expected at the highest levels of government, Yoncheva said: “Yes, we should expect it. Not only on the highways, there are other very big corruption scandals.”

“It takes time here in Brussels, but I think there will be results,” she said.