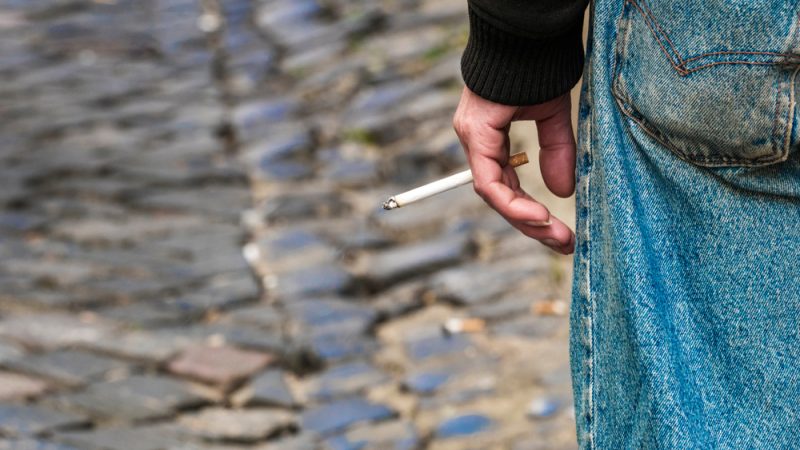 The desire for future generations to be nicotine-free was put forward for the first time this year by the Danish government in the context of the health reform package presented on 15 March. [Shutterstock/Oleg Golovnev]

The Danish government cannot prevent those born after 2010 from buying nicotine products because of EU rules.

The desire for future generations to be nicotine-free was put forward for the first time this year by the Danish government in the context of the health reform package presented on 15 March.

But questions were immediately raised about whether this was actually feasible for the government to implement.

Even Health Minister Magnus Heunicke acknowledged that there would be legal challenges to implementing the ban – especially as Denmark would be the only country in the world to take such a drastic step to tackle the problem of smoking.

The Danish government cannot implement its wish that no one born after 2010 should start smoking because EU rules make it impossible for member states to ban or restrict tobacco marketing.

This was stated in a parliamentary answer from Heunicke during the questions to parliament on Wednesday (6 April).

“The ministry of health, therefore, considers that a ban on the sale of tobacco and nicotine products to people born in 2010 or later would require an amendment to the European Tobacco Products Directive”, he wrote.

But even in the Danish Folketing, the government’s proposal has been met with fierce resistance. Among the most vocal opponents were the Liberal Alliance, the Conservatives and the Danish People’s Party, who called the proposal “paternalist” and said that people should be able to decide for themselves.

In the same proposal, the government proposed raising the age limit for selling alcohol to 18, which several parties in parliament also criticised.

“A young person should be able to buy a cold beer without us coming running after him”, said the Liberal Party’s health spokesman Martin Geertsen.