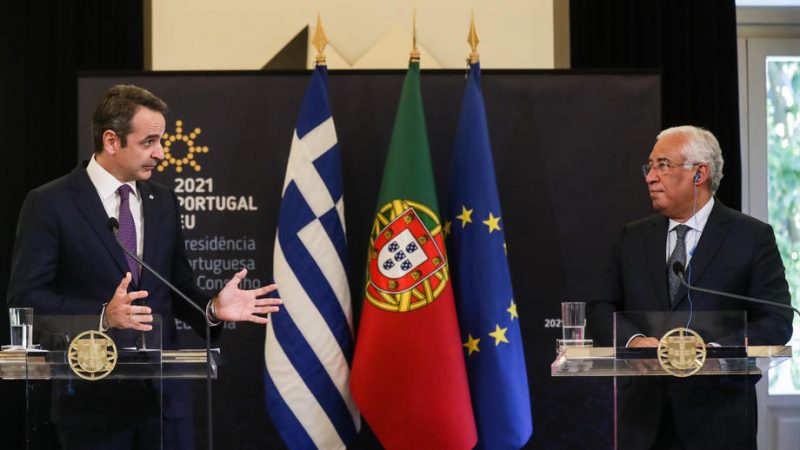 During the press conference where migration issues and the political dispute between Greece, Cyprus and Turkey were highlighted, the Portuguese PM also called for an agreement with Turkey to guarantee the territorial integrity of Greece and Cyprus. [EPA-EFE/TIAGO PETINGA]

The development of the “migration pact” in the EU is a priority despite being a “divisive” issue, Portuguese Prime Minister Anónio Costa told a joint press conference with Greek Prime Minister Kyriakos Mitsotakis on Monday.

During the press conference, where migration issues and the political dispute between Greece, Cyprus and Turkey were highlighted, the Portuguese PM also called for an agreement with Turkey to guarantee the territorial integrity of Greece and Cyprus.

In this respect, “the EU presidency could be a great success for Portugal, and also for Greece”, Mitsotakis continued, in reference to Portugal’s six-month EU Council presidency, which started in January. (Pedro Morais Fonseca and Pedro Caldeira Rodrigues, Lusa.pt)