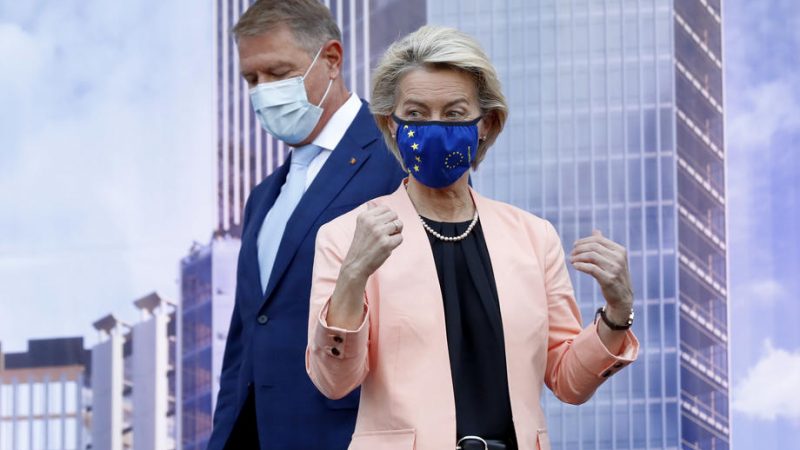 EU finance ministers greenlighted Romania’s recovery and resilience plan, opening the door for the disbursement of about €3.8 billion by the end of the year. [EPA-EFE / Robert Ghement]

EU finance ministers greenlighted Romania’s recovery and resilience plan, opening the door for the disbursement of about €3.8 billion by the end of the year.

“Romania will get a strong inflow of EU funds from this plan, which gives a real chance for growth in the coming years. Implementing the plan means pursuing 64 reforms and more than 100 investments in all sectors,” interim prime minister Florin Citu said, adding that massive funding is allocated for transport, healthcare and education.

The recovery plan covers the phasing out of coal and lignite power production and deploying renewables, as well as making investments and reforms in the areas of buildings renovation, railways modernisation, water and waste management, and reforestation measures.

Romania has applied for €14.2 billion in grants and €14.9 billion in loans, for a total of around €29.2 billion, from the Recovery and Resilience Mechanism.

Romania currently has a caretaker government, after a no-confidence vote dismissed its Cabinet in the Parliament, and this could delay some of the reforms included in the plan. But the interim prime minister is not worried. “The laws can be adopted by the Parliament,” Citu said.

However, the Romanian Parliament does not have a reputation for efficiency, especially when it comes to reforms, and gathering a majority in the current political context seems difficult.

Even his former EU projects minister who negotiated the recovery and resilience plan with the Commission experts does not share Citu’s optimistic view. Cristian Ghinea said Romania lacks the administrative capacity to implement the plan.

Most observers say the plan should be seen as a project for the country and that the opposition and the government should work together to implement the plan as quickly as possible.