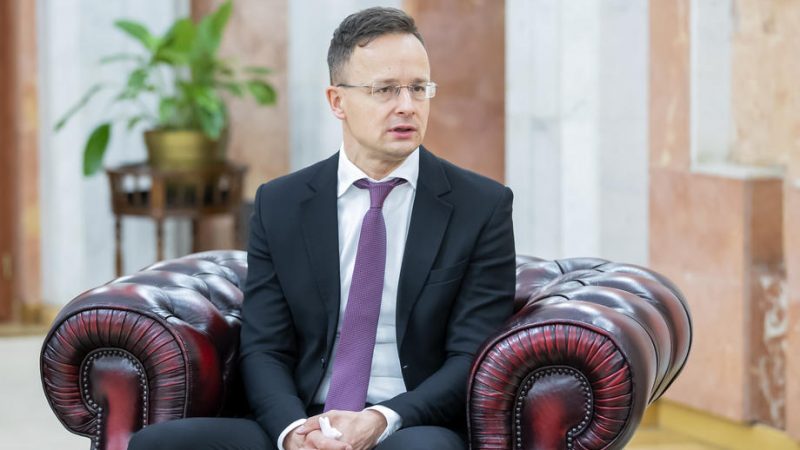 "The European Union is expressing its views on these in one way or another, and in many cases, Brussels is being accused of double standards on these issues,” said Hungary’s top diplomat. [EPA-EFE/DUMITRU DORU]

Budapest’s position is that relations between the EU and Moscow have to be looked at “strategically,” which “cannot be reduced to sanctions, nor the Navalny case,” said Hungarian Foreign Minister Peter Szijjártó meeting his counterparts in Brussels on Monday.

“It is clear that there are demonstrations in many parts of the world against election results or existing political systems. The European Union is expressing its views on these in one way or another, and in many cases, Brussels is being accused of double standards on these issues,” said Hungary’s top diplomat.

EU foreign ministers on Monday agreed to impose sanctions on Russian officials for the jailing of Kremlin critic Alexei Navalny, a move which Russia called “disappointing” and “unlawful,” AFP reported.

According to the Hungarian foreign minister, cooperation with Russia is important in four areas.  Trade is important since a few “EU countries were able to increase their trade with Russia, even though we applied sanctions,” said Szijjártó, emphasising that Russia has a security role in managing conflicts surrounding Europe, since these conflicts generally serve as the root causes of migration. The energy sector is also important: “like it or not, Russia continues to play an important role in Europe’s energy supply,” said Szijjártó.

Szijjártó also highlighted the importance of cooperating with Russia with regards to the international fight against the virus. Hungary, which has already ordered two million doses of the two-shot vaccines, is the only EU country to have so far given temporary authorisation to the Russian jab. (Vlagyiszlav Makszimov | EURACTIV.com with Telex)