EU nuclear renaissance financed by US and Russia? 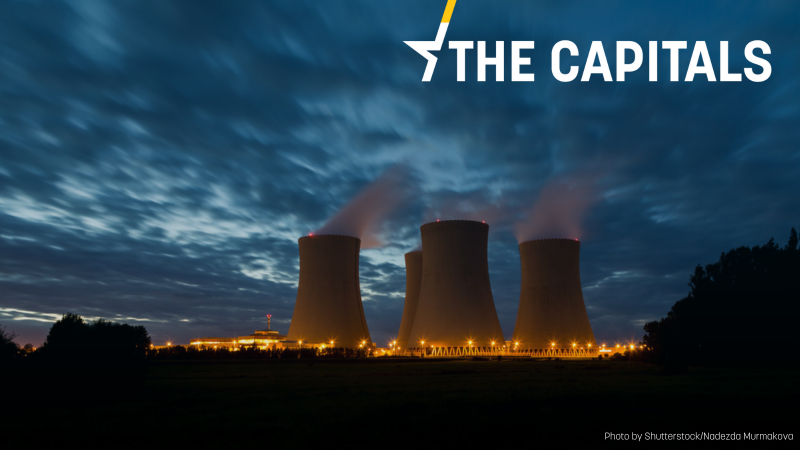 Countries like Romania must replace their aging coal-fired power plants, which will be done with a mix of renewables, nuclear and gas power plants and these decisions are being made now. [Shutterstock/Nadezda Murmakova]

A fight has been taking place in Brussels for over a year, fought publicly in the media and behind the scenes. Should Brussels grant nuclear a green investment label?

A French-Eastern European coalition of nuclear power has been pushing for the European Commission to include nuclear and gas in its delegated act for the EU taxonomy which is expected before the year is out.

As the Commission is facing pressure from France and states like Romania, Hungary, Poland and Bulgaria, who rely on the low-carbon electricity source to replace coal power, there are significant flows of funding and political support from outside the bloc into Eastern Europe.

Countries like Romania must replace their ageing coal-fired power plants, which will be done with a mix of renewables, nuclear and gas power plants.

Romania was looking to use the “most adequate technologies to ensure security of supply and access to affordable energy,” explained Virgil Popescu, Romania’s energy minister, on Facebook following the 2 December Council meeting.

To that extent, Romania would use energy “from renewable, nuclear and natural gas sources,” he added. It is ahead of these structural choices where the US and Russia see an opportunity to lobby on behalf of nuclear power.

The climate crisis presents “a market opportunity for carbon-reducing technologies” such as nuclear power, said US energy Secretary Jennifer Granholm, teasing a $23 trillion market by 2030 to countries in Central and Eastern Europe in September.

In Hungary, a €12.5 billion expansion of the country’s only nuclear power plant to be built by Russian state corporation Rosatom was financed by a €10 billion loan from Russia, based on a contract awarded in 2014.

While Russia finances nuclear with loans, the US gives out free money to Eastern European states to build up their appetite for nuclear via the “Nuclear Futures Package.”

The US will provide $2 million to Romania and $10 million to Poland from the Nuclear Futures Package alone, a US Department of State spokesperson told EURACTIV.

The money will be used to make Romania a “SMR educational and training hub in the region.” In Poland, the US money will be spent on “early-stage work for the deployment of six reactors,” the spokesperson said.

In Bulgaria, the national energy holding (BEH) and US-based Fluor signed a memorandum of understanding on 1 November to plan and build new nuclear facilities with SMR technology.

In October 2020, Romania signed an $8 billion agreement with the US to build two new reactors at the country’s sole nuclear plant in Cernavoda. The plant has two 700-MW reactors, which together cover about a fifth of the country’s electricity consumption.

In all, the Commission is “aware of several contacts and initiatives by the US Government in the nuclear field with a number of eastern European countries, including a number of Intergovernmental Agreements and/or Memoranda of Understanding signed,” a Commission official told EURACTIV.

While the state department spokesperson confirmed the US funds for Romania and Poland, it refused to disclose whether the US would funnel additional money into nuclear projects in other Eastern European countries.

It remains to be seen to what extent the US continues to interject in the energy mix of EU states. Still, it is clear that the European nuclear renaissance was in part funded by the two big traditional nuclear powers: Russia and the US.