EU parliament calls for the suspension of Turkey’s EU talks 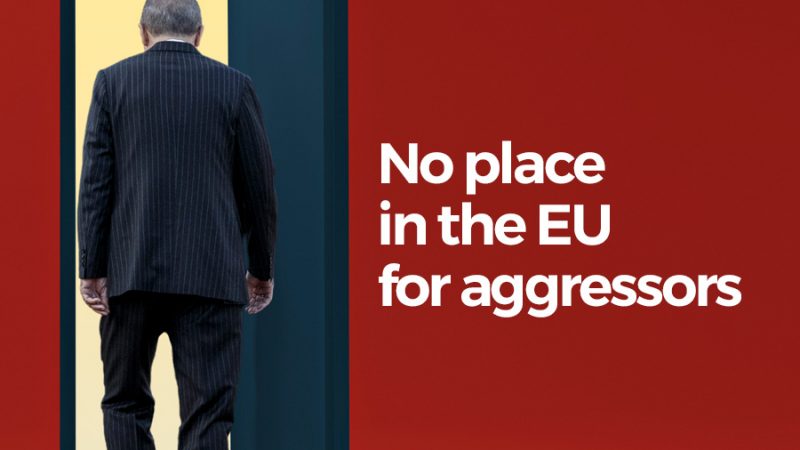 The European People’s Party group (EPP) tweeted “The plenary adopted with an overwhelming majority the toughest resolution on Turkey ever.” [EPP]

The European Parliament called on the European Commission on Wednesday to suspend Turkey’s EU accession talks. The resolution was adopted by an overwhelming majority of 480 in favor, 64 against and 150 abstentions.

The European People’s Party group (EPP) tweeted “The plenary adopted with an overwhelming majority the toughest resolution on Turkey ever.”

“We insist that the accession talks with Turkey must be formally suspended, if the current negative trend is not urgently and consistently reversed,” the centre-right group added.

The resolution noted that relations with Ankara are deteriorating instead of improving and lashed out against Turkish President Recep Tayyip Erdoğan, saying he continues to provoke the EU and its member states and is taking Turkey away from European standards.

“We urge the other EU institutions to make any positive agenda they might pursue with Turkey conditional upon democratic reform,” rapporteur Nacho Sánchez Amor from the socialist and democrat group (S&D) said.

However, the decision to suspend Turkey’s EU talks lies in the hands of member states. So far Austria and to some extent France have been supportive of such an idea. On the other hand, Germany, Bulgaria and Hungary have strongly opposed such a move.

At an EU Council in June EU leaders will assess once again relations with Ankara amid tensions in the Eastern Mediterranean with Greece and Cyprus over maritime disputes.

Both the US and NATO acknowledge that the situation with Turkey has not improved, however in their public statements they always highlight Turkey’s geopolitical importance and in no way want Ankara to lean toward Russia. (Sarantis Michalopoulos | EURACTIV.com)