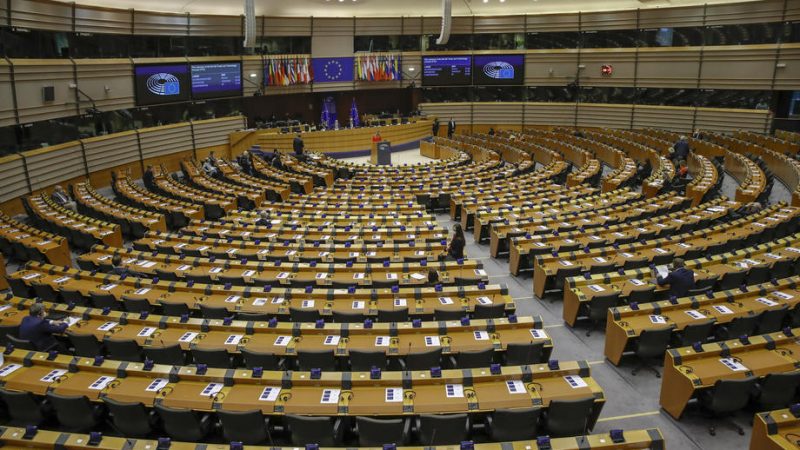 EURACTIV has seen a letter signed by all political groups in the European Parliament, except the European Conservatives and Reformists Group (ECR) calling on the Commission chief to refrain from approving the Polish recovery plan. [EPA-EFE / OLIVIER HOSLET]

In October, European Commission President Ursula von der Leyen outlined a compromise for de-escalating a rule of law crisis with Poland and unlocking up to €36 billion in recovery funding for Polish citizens.

However, the EU Parliament shares a different view. EURACTIV has seen a letter signed by all political groups in the European Parliament, except the European Conservatives and Reformists Group (ECR) and ID Group – to which Poland’s ruling PiS party belongs – calling on the Commission chief to refrain from approving the Polish recovery plan.

“A government that denies the primacy of EU law and violates the principles of the Rule of Law cannot be deemed trustworthy of fulfilling the commitments and obligations under our legal instruments – this includes the relevant criteria for the assessment of national recovery and resilience plans,” they wrote to Von der Leyen.

“The RRF requires that the bodies tasked with control and supervision have the legal empowerment and administrative capacity to exercise their tasks,” the letter reads.

According to the signatories, this could not be seen as the case because they do not see Polish courts as independent.

“Polish courts of all instances have demonstrated that they cannot ensure the right to a fair trial by an independent and impartial tribunal established by law, as recognised also by the Court of Justice and the European Court of Human Rights,” they wrote.

Von der Leyen has said the milestone Poland would have to fulfil to access recovery funding is being designed to reflect demands from the EU’s top. Abolishing just the Disciplinary Chamber would mean a compromise on the side of Poland that is thus meeting one of three demands of the European Commission.

In the meantime, the EU’s highest court has imposed a €1 million daily fine on Warsaw for not implementing its summer orders.

“A commitment in the form of milestones and targets would not be sufficient to allow for approval, especially in light of the interim measures taken by the Court of Justice,” signatories stressed.

“The Court of Justice’s measures can be summarised as ‘comply immediately or pay’, to which the Commission cannot take a stance of ‘commit to comply in the future, and we will pay’,” they wrote to Von der Leyen.

“Our demand must not be seen as punitive against the people of Poland, but as a means to support the restoration of the Rule of Law in Poland in the light of its continued deterioration,” they conclude.