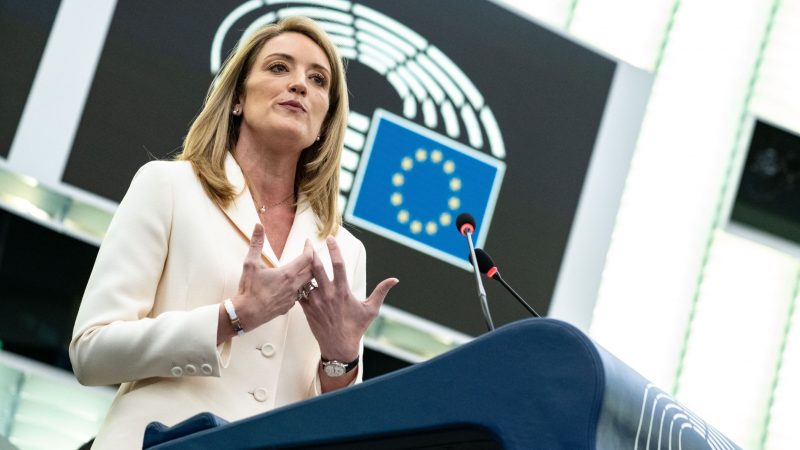 Serbia’s failure to harmonise with the EU’s sanctions against Russia is regrettable and hurts the country’s accession process, according to a draft resolution on Ukraine which MEPs are set to vote. On the other hand, Montenegro, also an EU candidate, will fully align with EU foreign on the matter.

The proposed resolution on Russia’s aggression against Ukraine, which was obtained by EURACTIV.rs, reiterates that candidate states are expected not only to harmonise their legislation with the EU’s acquis, but also its joint foreign and security policy.

MEPs highlighted the Russian Federation’s persistent efforts to destabilise the countries of the Western Balkans and impede their democratic processes, the draft resolution says.

EU lawmakers also condemned those who voiced their support for Russia in the wake of its aggression against Ukraine and welcomed the support of Western Balkan states that are Euro-Atlantic allies.

Serbian President Aleksandar Vučič said on 25 February after a meeting of Serbia’s National security council, that his country offered its full support to the territorial integrity of Ukraine and that it believed that violating it was a mistake, but that it refused to introduce sanctions against Russia because it invaded its neighbour.

On 1 March, Vučić reiterated that Serbia would join all of the UN General Assembly’s decisions on the violation of Ukraine’s territorial integrity in the war with Russia, but that it would not impose sanctions.

Vučić said that it would be very hard to withstand Western pressure over Serbia’s decision on the crisis. He told reporters that nine decisions were adopted by the UN on 28 February and that Serbia had joined one and would join another on 1 March.

The Serbian president did not say whether he was considering a possible ban of Russian media outlets but added that the opposition would consider such a move were it to win the elections in April.

For its part, Montenegro will apply the same restrictive measures, including eight packages of individual and economic sanctions, which the EU has adopted against Russia, the foreign ministry has announced.

The targeted measures will affect the political, economic and personal interests of those actively participating in the unacceptable violation of Ukraine’s sovereignty and territorial integrity, the foreign ministry has also said.

“More importantly, we are showing solidarity with Ukraine in action, as well as our determination to contribute to the restoration of peace in Europe, together with other partners and a wide range of countries in the international community,” the statement also read.