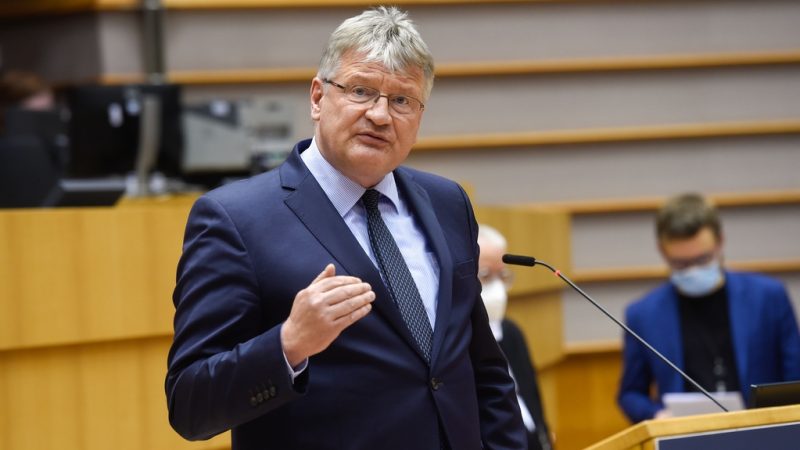 The president of the EU parliament David Sassoli received the request and forwarded it to the judicial committee as per procedure. [European Parliament]

The vice-leader of the eurosceptic Identity and Democracy group in the European Parliament, Jörg Meuthen, allegedly accepted illegal donations in 2016, while he was the frontrunner for far-right party AfD in the state election.

Berlin’s public prosecutor’s office has now requested the European Parliament to lift Meuthen’s immunity so he can be put on trial, a decision which will be reached in plenary in July.

The president of the EU parliament, David Sassoli, received the request and forwarded it to the judicial committee as per procedural rules. The judicial committee will communicate with German authorities and then submit a recommendation. It is ultimately up to the plenary to decide whether to lift Meuthen’s immunity, and must do so with a simple majority.

Germany’s far-right Alternative for Germany (AfD) is a young party that has repeatedly been the focus of investigations around suspicious donations. An anonymous donor allegedly paid a Swiss media agency to provide campaign services to the AfD amounting to €90,000, a hefty sum in Germany, where the finances of political parties are heavily regulated.

AfD lead candidate Alice Weidel had also been on the receiving end of €130,000 worth of anonymous donations in 2017, which had resulted in the party having to pay a fine of half a million euros. (Nikolaus J. Kurmayer  | EURACTIV.de)