EU politicians demand Wembley to be stripped of Euro 2020 final 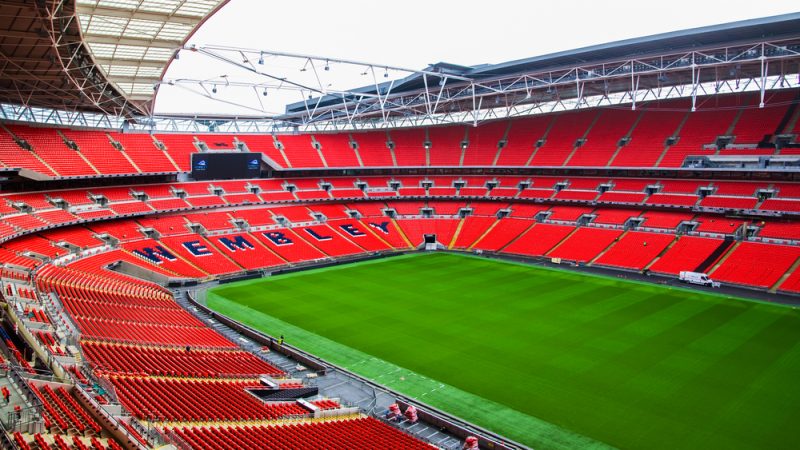 ”The decision of Boris Johnson to allow 60,000 spectators to Wembley for the semi-finals and the final of the Euro 2021 is irresponsible while the variant Delta threatens our way out of the crisis. Europe must demand that matches take place with gauge or on the continent,” Canfin said. [Shutterstock/PixHound]

Hosting the Euro 2020 semifinals and final at Wembley Stadium in London while cases of the COVID-19 Delta variant are soaring across the UK is a “recipe for disaster”, Pascal Canfin, chair of the European Parliament’s environment committee, said in a letter addressed to Parliament President David Sassoli, asking him to lobby EU presidents Ursula von der Leyen and Charles Michel to intervene.

”The decision of Boris Johnson to allow 60,000 spectators to Wembley for the semi-finals and the final of the Euro 2020 is irresponsible while the variant Delta threatens our way out of the crisis. Europe must demand that matches take place with a gauge or on the continent,” Canfin said.

The letter pointed to analysis which suggested the Delta variant was 40-60% more transmissible than the Alpha variant, and that the UK was reporting around 20,000 cases, a ten times increase from early May.

It also pointed to a recent outbreak of cases linked to the Finland-Russia game held in St Petersburg, which represented “half of the new contaminations of Finland.”

“We demand therefore that the UEFA reconsiders its decision to organise the Euro 2020’s semi-finals and final at the Wembley Stadium, or at least, that the UEFA and the UK authorities reassess health and safety measures and the crowd capacity decision, as stricter measures are the only alternatives available to guarantee the health and safety of football fans,” Canfin wrote on behalf of the European Parliament’s Environment Committee (ENVI), which he chairs.

“I cannot explain why UEFA is not being sensible …I suspect it is due to commercialism,” he added.

At matches in Munich, he noted, only 14,500 fans were allowed in and all were required to wear masks, keep their distance and upload a negative COVID-19 test into an app.

UEFA has previously ruled out in a statement changing the location or capacity limits of any of the remaining matches, but stressed that mitigation measures of host venues “are fully aligned with the regulations set out by the competent local public health authorities“.

“The final decisions with regards to the number of fans attending matches and the entry requirements to any of the host countries and host stadiums fall under the responsibility of the competent local authorities, and UEFA strictly follows any such measures,” UEFA said.

Meanwhile, the UK government has criticised relaxed quarantine rules for UEFA VIPs from the participating teams and the World Health Organization (WHO) has warned that fans mixing in the various European host cities has had an impact on the steady decline of COVID-19 infections across Europe.