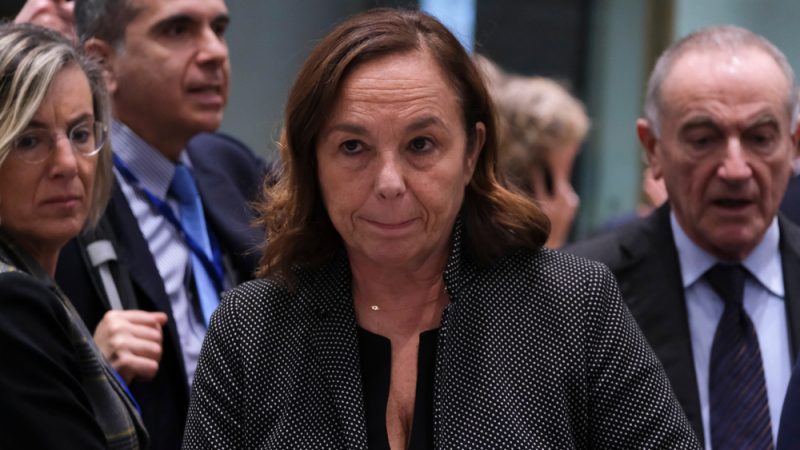 Based on a solidarity clause, the agreement was achieved at the European Council meeting on 10 June. On that occasion, “Europe demonstrated its ability to intervene,” Lamorgese said. [Shutterstock/Alexandros Michailidis]

The temporary solidarity mechanism agreed by EU countries is a historical result, Interior Minister Luciana Lamorgese said in Rome during the National Conference on Cooperation for Development on Wednesday.

Eighteen EU Member states, including Italy, adopted a declaration on the implementation of a temporary relocation scheme in support of frontline countries managing migration flows on Thursday.

Based on a solidarity clause, the agreement was achieved at the European Council meeting on 10 June. On that occasion, “Europe demonstrated its ability to intervene,” Lamorgese said.

Not everyone shares the same view, as critics emphasised that only 18 of 27 Member States joined the declaration. It is also not immediately clear which countries will apply it as relocations are not compulsory.

The relocation mechanism would start when a country’s migration system is under pressure amid incoming flows.

Meanwhile, an increase in migrants reaching Italy by sea is expected during the summer. According to data from the Ministry of the Interior, from 1 January to 23 June 2022, 25,461 migrants reached Italian shores. In the same period, there were 19,118 in 2021.

However, these numbers are far fewer lower than in 2017.

Speaking from the same forum as Lamorgese, the President of the Republic, Sergio Mattarella, remarked that “the contribution of foreign citizens’ communities in Italy” is “precious”.