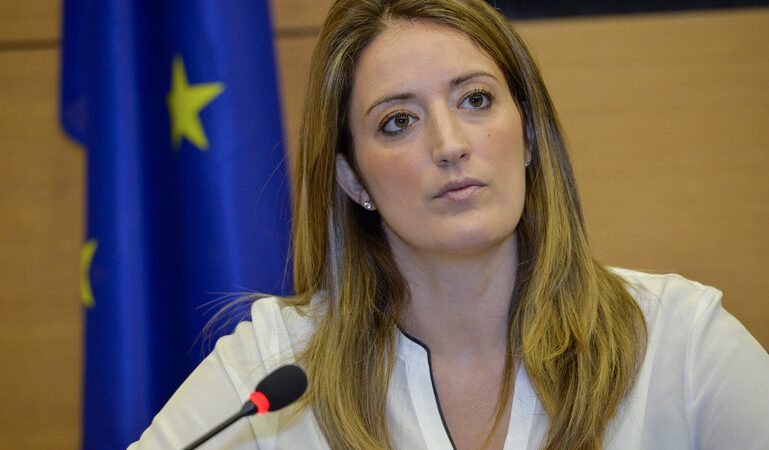 As the once-powerful centre-right sees its support at the ballot box collapsing across the EU, socialists appear to have decided to give them a second chance to stay on the pro-EU course by backing their candidate for the new European Parliament president, Maltese centre-right MEP Roberta Metsola.

To what extent this move will help the conservative camp resist the siren call of the new right-wing game in town, the Viktor Orbán-driven political train, remains to be seen, however.

The Parliament is due to vote on Tuesday evening (15 January) on who will succeed late Italian Socialist David Sassoli.

The S&D group has decided to back Metsola (EPP) and ignore a candidature put forward by the Green group, who are already in a formal coalition with the socialists in Germany.

“Except surprises, a large majority of EU socialist lawmakers will back Metsola,” an S&D source told EURACTIV, adding that several socialists are still expected to vote for Swedish MEP Alice Bah Kuhnke of the Greens.

The S&D said on its official Twitter account on Monday it had “reached a deal with the EPP and the centrist liberal Renew Europe to ensure a stable working majority until the 2024 elections”.

For the EPP, the election of Metsola is more symbolic, considering that she comes from a small country and her Nationalist party has only two members in the EPP group.

The EPP is still the largest political group in the European Parliament but this no longer reflects the current reality at the national level.

The EPP has been losing electoral ground across the capitals and in Brussels, and many centre-right policymakers wish to launch a discussion aimed at re-discovering the party’s identity.

For many in the EPP, however, Orbán’s more nationalist, hardline approach represents the way forward for Europe’s oldest political family. The vacuum created by the recent departure of Angela Merkel, the EPP’s most powerful political figure, only adds to this uncertainty.

For others, there is also the “Metsola way”.

“It is a reminder to some of our members that we can have victories without switching to extreme-right rhetoric,” a senior EPP source told EURACTIV, expressing some concern about the right-wing turn of the French and Italian EPP delegations, among others.

“Metsola is super moderate, and this reminds us of our traditional ideological roots,” the source added.

There is also a third way: sailing on both boats as the EPP group leader Manfred Weber is doing.

Extending his political dichotomy, Weber has criticised Orbán’s rhetoric but has also publicly backed Silvio Berlusconi as the new Italian president, a man who hardly symbolises the renewal the EPP badly needs to regain their feet.

Socialists, on the other hand, seem generous with their decision to back Metsola. This may be a show of solidarity with their traditional partners but also a tactical move until they see which way the wind blows in the rightwing camp.

Or, they are not just ready to take the big progressive leap and stake their claim to be the leaders of new Europe.