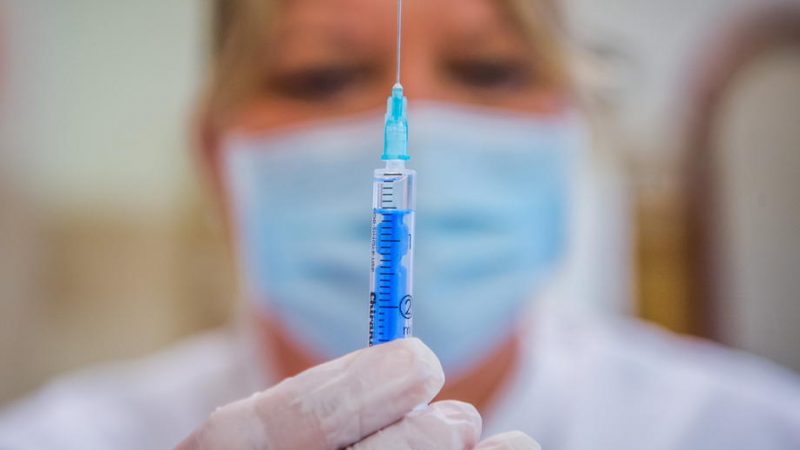 A shot is prepared to be inoculated to a patient in Saint Margit Hospital in Budapest, Hungary, 14 April 2021. [EPA-EFE/ZOLTAN BALOGH]

Vaccinating Europe is not a problem to be solved in six months, but is an ongoing process that will likely last until 2023, EU sources have told EURACTIV.

Though the pandemic will not remain in its current acute phase, the coronavirus is here to stay, and will look like the flu in a couple of years, they added.

The next stages of the pandemic, therefore, would include “regular vaccinations” until 2023 to deal with anticipated multiple mutations of the virus, EU sources said.

The European Commission is already in negotiations for the supply of 1.8 billion (900 million with the option of another 900 million) doses of new generation vaccines based on mRNA technology that it is hoped will deal with these mutations.

Of the vaccines approved so far, only Pfizer-BioNTech and Moderna have this technology. It appears Europe is gradually phasing out the AstraZeneca vaccine and possibly that made by US firm Johnson & Johnson as well as the Russian Sputnik V jab.

Sources said that other companies such as the German Curevac or the French Sanofi will come into play for these new vaccines, demonstrating a clear shift toward the domestic European pharmaceutical industry.

But these vaccines will also come at a high cost, as Bulgarian PM Boyko Borissov recently revealed.

“Now we are most afraid of the French variant. So many more variants will appear … Because €19.50 for 900 million will cost nearly €18 billion. First with a jab, then a second, third and fourth,” Borissov said, adding that experts must set much higher budgets for vaccines in the upcoming budget. (Sarantis Michalopoulos | EURACTIV.com)