EU to soon open cluster 4 in negotiations with Serbia 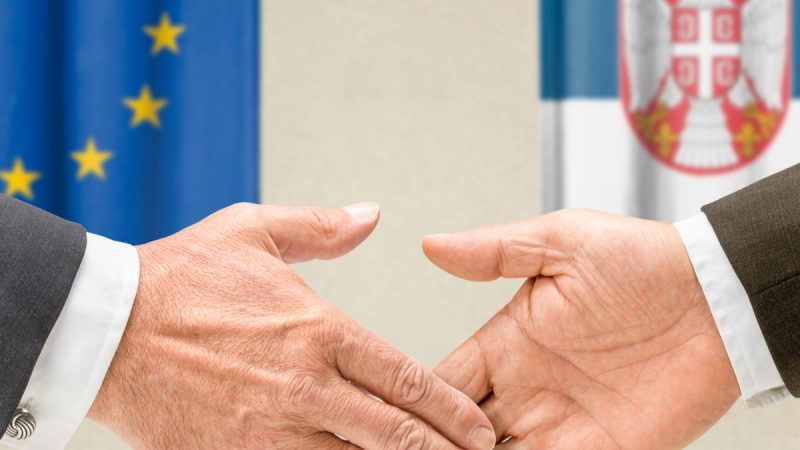 Cluster 4 in Serbia’s EU accession negotiations will be opened on 14 December. [Shutterstock/ Zerbor]

Cluster 4 in Serbia’s EU accession negotiations will be opened on 14 December, the Committee of Permanent Representatives (COREPER) confirmed at its regular meeting on Wednesday. The decision takes place amid the backdrop of nationwide environmental protests that have seen tens of thousands take to the street in protest.

The Serbian minister in charge of the country’s EU accession, Jadranka Joksimović, explained that Cluster 4 on the Green agenda and sustainable connectivity, will be formally opened at an intergovernmental conference in Brussels, covering four negotiating chapters, namely, Chapter 14 on transport policy, Chapter 15 on energy, Chapter 21 on Trans-European Networks and Chapter 27 on the environment and climate change.

According to the minister, the EU has recognised “Serbia’s hard work in the areas of rule of law, judiciary, and its struggle against corruption and organised crime, having also noted Serbia’s determination to improve national judiciary by amending the constitutional provisions regulating the field.”

“A serious, inclusive and transparent procedure to amend the Constitution of Serbia has been launched, and the purpose of the reform is to prevent political influence on the judiciary, strengthen the efficiency and independence of courts, giving the citizens of Serbia fair access to justice and the judicial system,” Joksimović said.

During membership negotiations, which are structured according to clusters and chapters, the candidate country prepares to implement EU laws and standards.

The new methodology that includes clusters was introduced earlier this year. Until then, the candidate countries were opening one chapter at the time, and out of 35 chapters, Belgrade has since January 2014 opened 18 and temporarily closed two.

Protests have been taking place across the country during the last two weeks as citizens protest against plans for a new lithium mine that they say will destroy residents drinking water. They are also demonstrating against an expropriation law that would empower the government to seize property if they deem it in the public interest.